6.5 The Internal Structure of Cities

In APHuG, City Models are important for us to help understand the formation, geography, and scale of cities! City models show how and why different sectors of cities form and who those sectors accommodate to.

The Concentric Zone Model was created by Ernest Burgess in 1923, designed for rapidly growing cities like Chicago. The Central Business District (CBD) is located in the center, with concentric rings all around. Industrial areas are closest to the CBD, while nicer housing is away from CBD with the longest commute time.

The Hoyt Sector Model was created by Homer Hoyt in 1939 for cities in developed countries. The CBD is located in the center, with sectors extending out. Industrial and residential development is located around transportation hubs. Low income residential areas are near the city whereas higher income areas are located in suburbs. 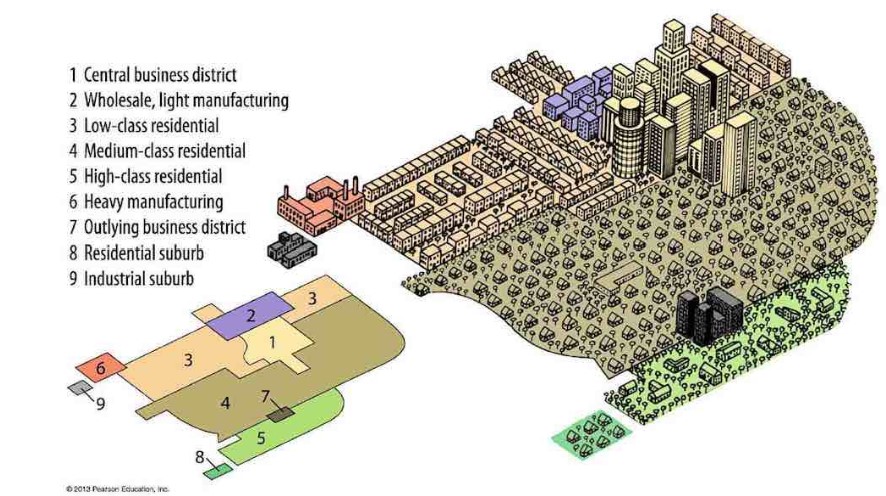 The Peripheral Model was created by Chaucey Harris in the 1960s. It modifies the multiple nuclei model and is designed for modern metropolitan areas. With the CBD in the center of the model, industry is located near the beltway in the industrial sector. Low income areas are near the city while higher incomes areas are extended out in the suburbs. 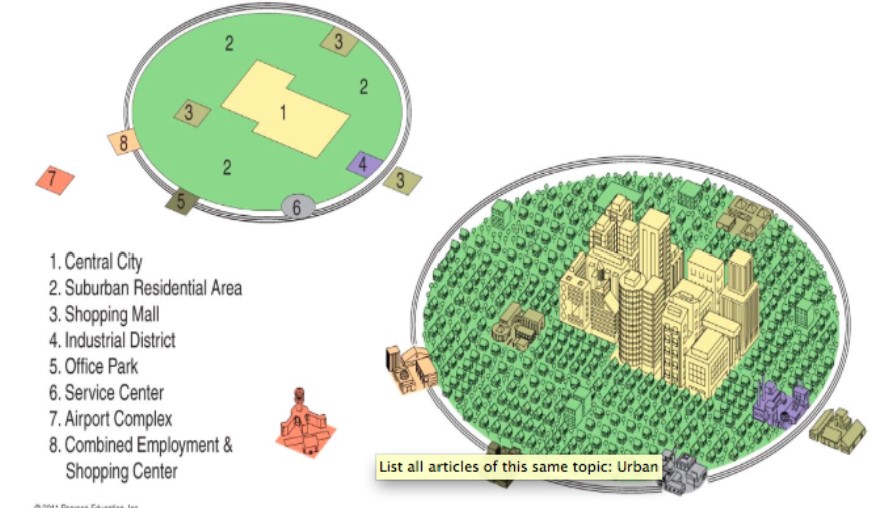