There are social and economic problems linked with the growth and decline of urban communities. These include housing and insurance unfairness, housing affordability, access to food stores and other public services, disamenity zones, and gentrification.  In the past in the USA, there was racial discrimination by de jure or de facto means. This was further facilitated through segregated city development known as residential segregation. Blockbusting is a racially discriminatory practice of pressuring a party to sell a home to families of a minority race or ethnic background, then using fear tactics to cause others in the neighborhood to sell their homes at low prices.

Central cities were dismissed within the 1980s, and they began to regrow in popularity within the 1990s and now are the destination spot for the people to be, culturally and entertainment‐wise. However, housing prices have risen and most of the desirable areas are already bought or too expensive to be acquired. So people began looking elsewhere for affordable housing. Gentrification is that the process of rehabilitating old structures in deteriorated areas rather than demolishing the old structures to make new ones. Gentrification changes formerly low‐income areas to middle‐ and high‐income groups. It gives an economic boost to the area, but it also raises property values which force the poorer, often minority groups that settled there during the redlining and blockbusting times mentioned above. Gentrification creates tension between long‐time residents and newcomers. Sometimes, empty or abandoned areas are completely demolished to the ground. The picture below shows gentrification on the right and the original neighborhood on the left. 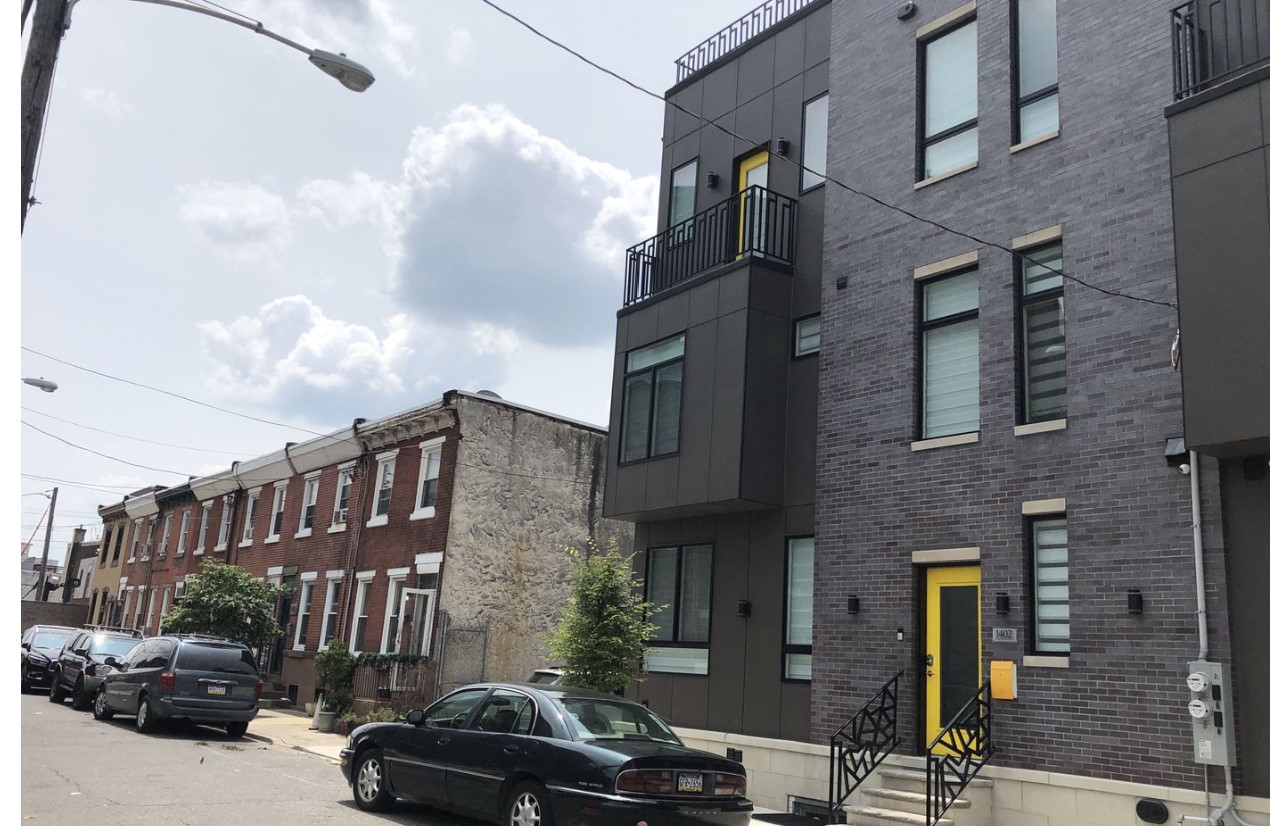 On the other hand, as cities decentralize by moving industry outward, people leave the cities likewise during a movement known as counter‐urbanization. Some move to suburbs, but some families decide to move to rural areas. Approximately one in six Americans live in a master‐planned community. Inside these master‐planned communities, one can find gated subsets where a fence or wall manned by a code or guard denies access except to some individuals. Over 9 million high‐income Americans board these kinds of communities. Troubled by inner‐city crime, people went to seek safety within their walled compounds. Gated communities were found around the world as well.