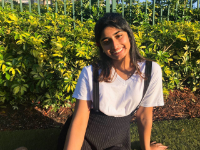 At this point, you should be able to recognize quite a few ways to write the derivative:

This is the definition that most often appears on the multiple-choice and free-response sections of the AP exam, and you will either have to identify it out of other incorrect choices or use it to find a derivative. It is as follows:

The second definition of the derivative that you should be able to recognize is the alternate definition (I know, it's a really creative name). It looks like this:

The limit definition appears much more often on the AP exam than the alternate definition, but you should still be able to recognize and use both of them.

With taking a derivative, there are a couple of rules that you'll need to know

Let's go over a quick example then:

This rule is pretty straight forward and is used when you're taken a derivative of a function that has multiple terms.

This can get pretty confusing through just words so we'll go over a quick example to help see how it should be done!

And that's it! These were the basic rules for taking a derivative that you'll need to know in order to get that five! If you need some additional practice, check out the resources linked below!

What Should I Memorize?

The chart below has the most common derivatives that appear on the exam that you should know. Remember, these are listed in their most basic forms, so be prepared to see them with negative signs and coefficients in front of them and adjust your derivative accordingly. You should also know how to use these derivatives in conjunction with other functions (such as when using the product rule, quotient rule, or chain rule). Finally, you may notice that these functions seem quite familiar. This is because they are all either parent functions or trig functions to have memorized! 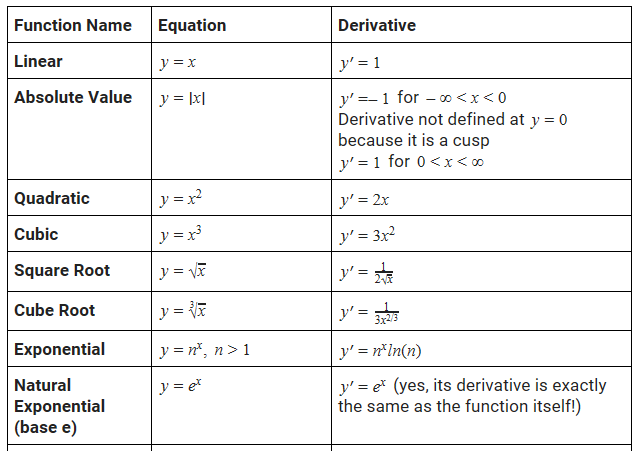 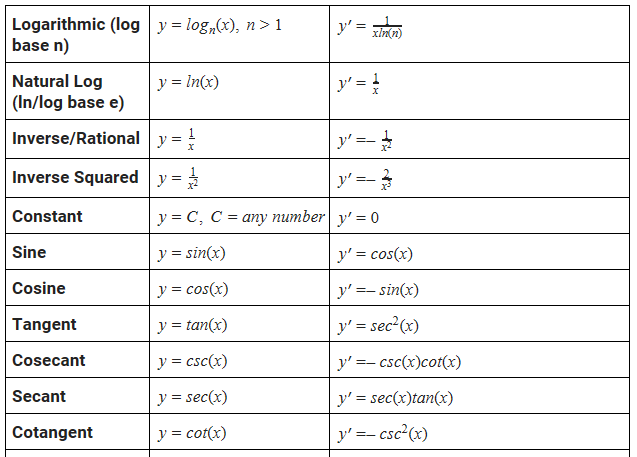 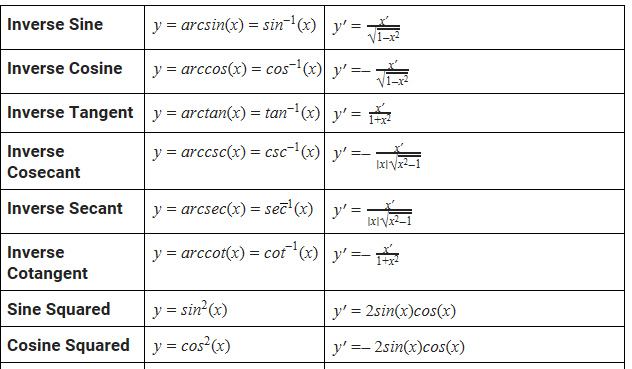 For the AP Calculus AB exam, it is not required to have these derivatives memorized, but it will certainly make solving problems where you need to take the derivative of a function a lot faster. Again, you should be able to take the derivatives of these functions with modifications (negative signs and coefficients) and using the product, quotient, or chain rules. If you're familiar with these common derivatives, rules, and definitions, your year in AP Calculus will be a breeze.