Causes of the Seven Years' War

By 1754, European countries were competing for world domination by dueling for land in North America. Great Britain, France, and Spain all held various areas in the New World. This competition would disrupt the lives of both American colonists and Native Americans. 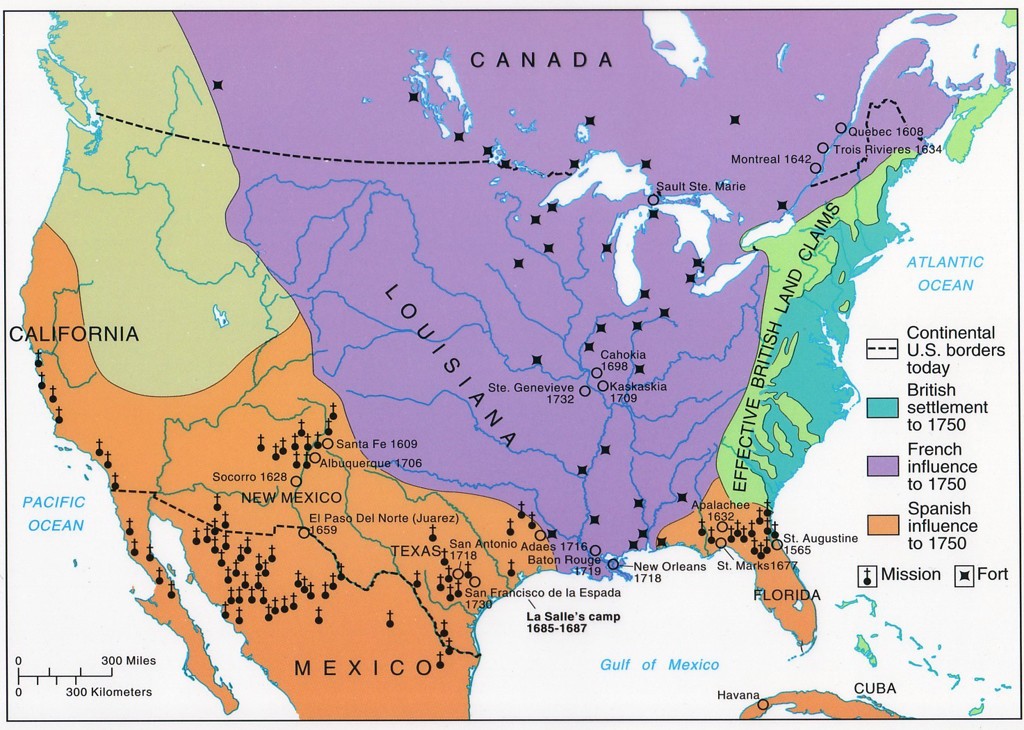 North America in 1750.  Courtesy of Alphahistory

By 1754, the Ohio Valley became a hotspot for conflict. The British saw this area as their gateway to western expansion, and the French viewed it as their vital link between their possessions in Canada and the Lower Mississippi Valley.

Western Pennsylvania would become the sight of the first shots of the French and Indian War, a conflict pitting the British and their Iroquois Indian allies against the French and their Huron Indian allies. This was part of the larger worldwide war between the British and French known as the Seven Years War. George Washington, a young Lt. Colonel from a wealthy Virginia family, was sent by the Governor of Virginia to an area near Ft. Duquesne (Pittsburgh) to lay claim to this land. Washington engaged French troops in a 10-hour battle and was defeated by French forces at nearby Ft. Necessity in 1754.

In the same summer of 1754, the British created a meeting for the colonies in Albany, New York. Their motive was to entice the Iroquois Indians to remain their allies and also to unify the disjointed 13 colonies against their French enemies.

Ben Franklin, the “First American,” famed patriot and future Founding Father, represented Pennsylvania as one of the seven colonies to attend.

Franklin’s Albany Plan attempted to establish a colonial government based on home rule. It called for three things:

Ultimately, the colonists rejected it because they felt it did not give them enough authority, while London argued it gave them too much.

🎥 Watch: AP US History - The French and Indian War

Ben Franklin’s cartoon regarding the need for colonial unity.  Courtesy of Wikipedia

Consequences of the French and Indian War

The aftermath of the French and Indian War would help to cause the American Revolutionary War between the colonists and the British. The colonists no longer had to deal with the French in the Ohio River Valley. They felt compelled to travel and settle in the west.

However, the British had other plans for their subordinates. Surprisingly, the British issued the Proclamation of 1763. This act prohibited the colonists from traveling beyond the Appalachian Mountains. The British felt that this would prevent problems with the Native Americans. The colonists detested this restrictive law and broke it at will.

The Proclamation Line (red line) of 1763.  Courtesy of Sutori

Furthermore, the French and Indian War gave the American colonists a sense of confidence and desire for independence. The British viewed this as arrogance and insubordination.

Most importantly, the French and Indian War would cost the British a substantial amount of money. How would they pay for these war debts? Increasing colonial taxes would seem to be a solution but it would create both ideological and financial conflicts between the upstart colonists and the Royal Crown.

🎥 Watch: AP US History - The French and Indian War