Here is an outline for AP Physics 1, Unit 2: Dynamics, created in accordance with the 2019 course and exam description published by the College Board.

Be sure to review the past FRQ prompts published by CollegeBoard (Gravitational Forces, Friction and Newton’s Second Law) and check out this Quizlet to take a look at a couple important terms and key concepts from this unit. You got this! 💪

🤓 There's more AP Physics 1 review inside of Fiveable. Check out all the guides, slides, and videos!

In this unit, students are introduced to force, which is the interaction of an object with another object. In order to accomplish this, students build upon the information presented in Unit 1, specifically free-body diagrams. Also, students must be able to showcase the same object–force interactions through different graphs, diagrams, and mathematical relationships. Unit 2 further encourages students to form new expressions from basic principles to help them make predictions in unfamiliar contexts.

In the following image, the rope holding the system together is representative of a force known as tension. Tension between objects remains the same regardless of friction or not. In systems, internal interactions such as these have little changes or none at all which is why it can be regarded as an object. 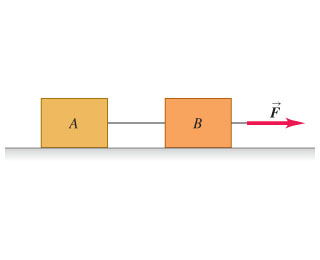 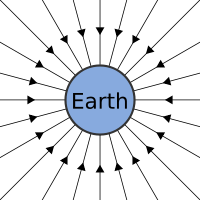 If you recall from Kinematics, an object's acceleration is equal to 9.8 m/s/s when an object is in free fall.

This law deals with two main concepts in physics: the principle of inertia and the principle of frames of reference. Newton’s First Law is sometimes known as the Law of Inertia because it explains the concept that objects have the tendency to resist a change in motion.