The Paragraph-Length Response is one of the 5 FRQs that appear on the AP Physics 1 Exam. This particular question is usually worth 7 points (out of a total of 45) and is suggested to take around 13 minutes to complete.

What is the Reader Looking for?

AP Physics students are asked to give a paragraph-length response so that they may demonstrate their ability to communicate their understanding of a physical situation in a reasoned, expository analysis. A student’s response should be a coherent, organized, and sequential description of the analysis of a situation. The response should argue from evidence, cite physical principles, and

clearly present the student’s thinking to the reader. The presentation should not include extraneous information. It should make sense on the first reading.

So we need to have a logical, organized argument that describes a situation from given evidence and basic physics principles. To do that I recommend using the following Claim, Evidence, Reasoning (CER) format: 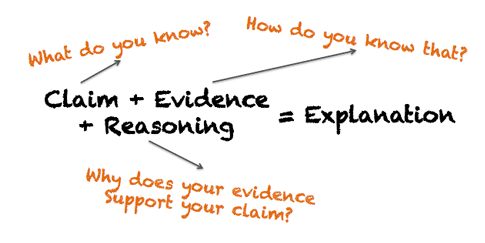 With this format in mind, let's apply it to a sample problem. 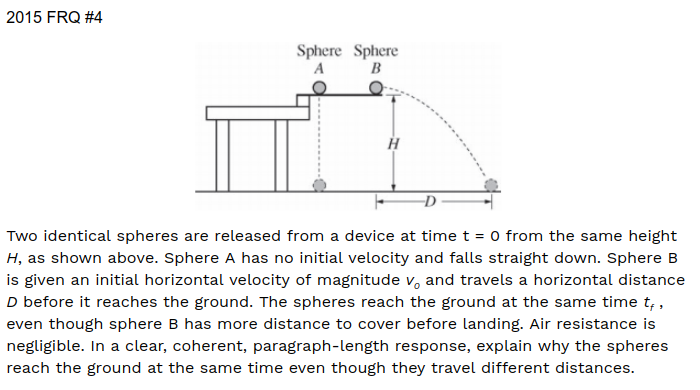 Claim - We're told in the question that we need to explain why the spheres take the same amount of time to hit the ground, so our claim is already done for us.

Evidence - There are several things that we could use as evidence for this claim. It might be tempting to just start writing this out, but remember we need it to be logical. Let's start with the basic physics principles here: 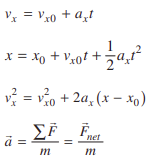 Reasoning - Hopefully at this point, we can start to see a plan coming together: 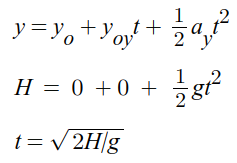 Answer - Putting it all together, one possible response could be: 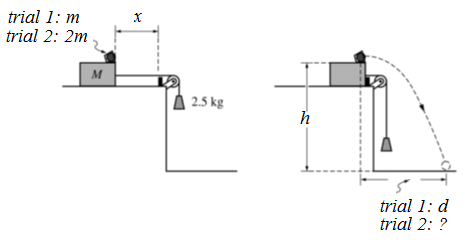 A ball of mass m is in a cup of negligible mass attached to a block of mass M that is on a table. A string passing over a light pulley connects the blocks to a 2.5 kg object, as shown above. The cup is a vertical distance h off of the floor. All friction is negligible. In Trial 1, the system is released from rest, the block accelerates to the right, and after moving a distance x the block collides with a bumper near the end of the table. The ball continues to move and lands on the floor at a position a distance d horizontally from where it leaves the cup. In Trial 2, the mass m of the ball in the cup is doubled. The system is again released from rest. The block collides with the same bumper, the ball continues to move, and lands on the floor. In trial 2, does the heavier ball land a horizontal distance from the table that is greater than, less than, or equal to d? Justify your answer in a clear, coherent, paragraph-length explanation.

Claim - This time we're given three choices for our claim: greater than d, less than d, or equal to d. If you're not certain yet, we can always come back to this part after we've looked at the evidence

Same vertical velocity, vertical acceleration and height for both trials --> same time in the air

Conclusion - Trial 2's distance will be less than Trial 1's