There are 4 main areas of the limitations of GDP (Gross Domestic Product). In order to remember these we use the acronym P-I-E-S. 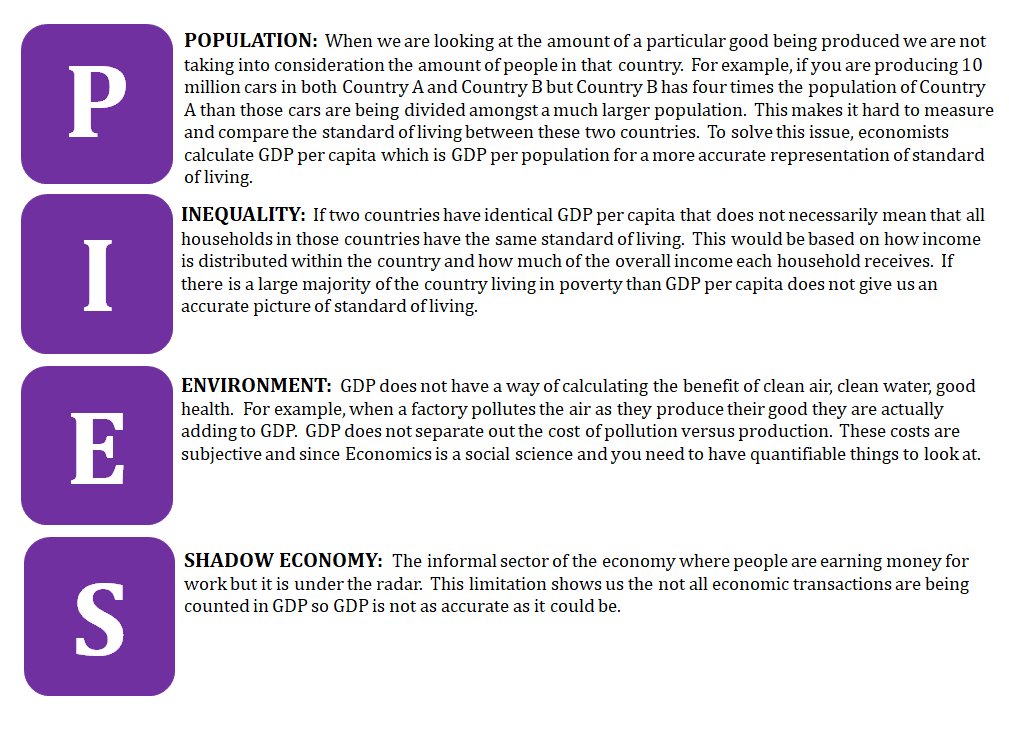 Inequality is also a limit to the use of GDP to measure the standard of living. Two countries can have the same GDP per capita but if income is not evenly distributed to all families then it is not an accurate measure of production and economic stability. In the unequal society, the market will be less resilient and the governing bodies will be less sustainable due to famine, conflict, and unemployment.

Another limitation regarding using GDP as a measure of the health of our economy is with regard to the various environmental situations. For example, if a factory is polluting during production they are still adding to GDP but GDP does not separate out the costs of this pollution from the actual production, even if the pollution is negatively impacting human life and ecology.