2.1: The Circular Flow and GDP

The circular flow diagram is a graphical representation of how goods, services, and money flow through our economy between consumers and firms. There are two markets illustrated in the circular flow diagram: the factor (resource) market and the product market. The resource market is where factors of production (resources) are exchanged. The product market is where economic goods (products) and services are exchanged.

Below is a drawing of the circular flow diagram: 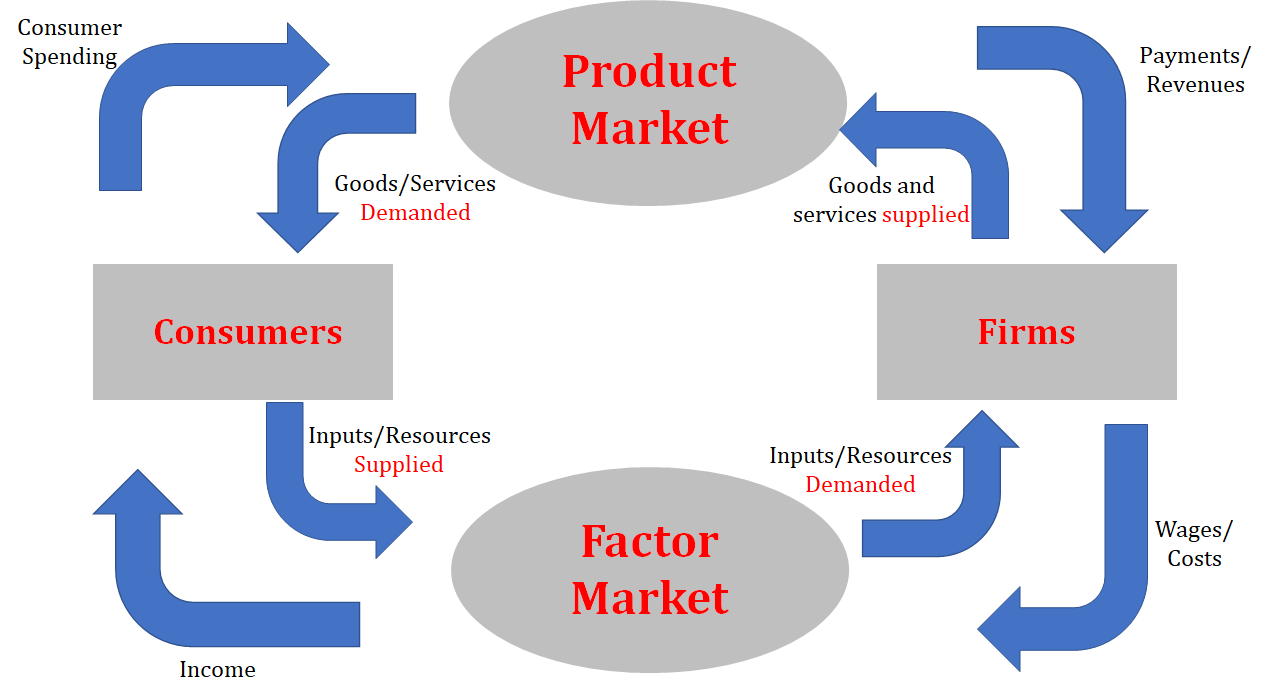 GDP is the dollar value of all final goods and services produced within a country's borders in one year. We use GDP to compare ourselves to other countries, to see the impact of policy changes, and to compare our growth from year to year. 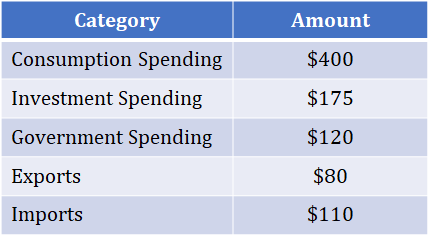 The income approach is the sum of aggregate income earned on all inputs used in the product market to make goods and services in one year.

When using the expenditures approach, we calculate the money spent by a consumer on a particular good or service. For example, if a consumer walks into a Subway restaurant and purchases a sandwich for $5 then that $5 would be added to the overall GDP. When using the income approach, instead of adding what the consumer paid for the sandwich we would use the value of the pay the worker who made the sandwich receives.

What is Not Included in GDP?

There are several things that are not included in GDP: intermediate goods, non-production transactions (financial investments and used goods), and illegal or non-market activities.

Non-production transactions include financial transactions (i.e. personal investments) and used goods (those goods produced outside of the year we are calculating).

Illegal goods and services include anything not allowed by current laws and regulations (i.e. illegal drugs).

Non-market activities include types of services that are done but that do not receive payment. For example, a plumber who fixes his own leak at his own home would not be counted in GDP.

Nominal GDP is the total value of goods and services produced within a given time period, used to measure output at current prices.

In the table above, there is information on four different products produced by a particular country and the prices that they sell each unit of these products for. When you multiply the price of each product by the amount sold you get the total revenue earned.

Practice your typing skills while reading Circular Flow and GDP