30 Models and Theories to Know for AP Human Geography

The models & theories for each unit are centerpieces of content and they appear alllllll over the exam. You'll be asked about them in multiple-choice and free-response questions, so it's crucial that you are familiar with each of these. Be able to explain what information each one provides and examples if you can! Study Tip: Create your own quizlet deck and study these dates! There are tons of decks already made with these dates (ex. here), but actually creating the deck is an important step in studying. 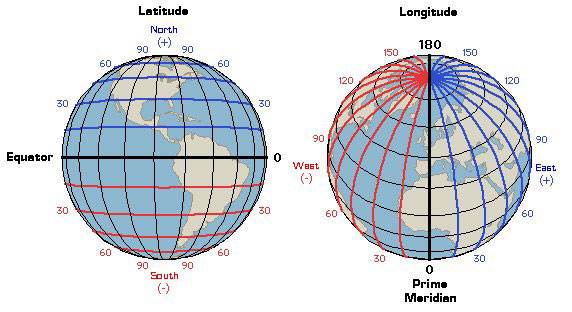 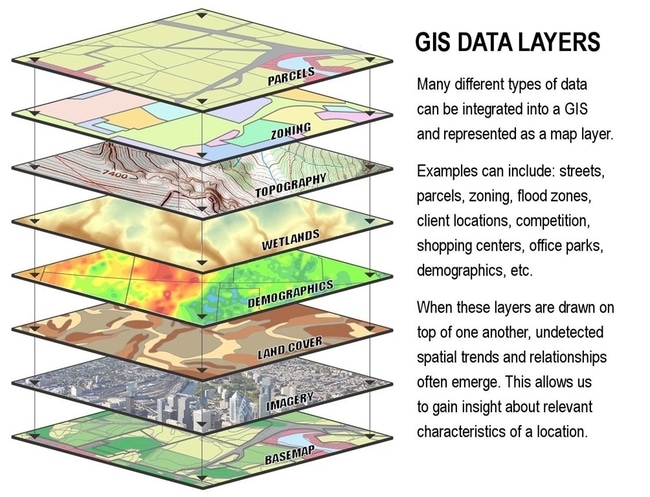 3. Types of Thematic Maps (isoline, dot, proportional symbol, choropleth): Each type of map shows different information through the use of colors, lines, symbols, and distortion.

4. Population Pyramids: Used to analyze the demographic makeup of a population including age and gender.

5. Demographic Transition Model: This model is based on the theory that all states transition through 5 stages that are based on markers including birth rate, death rate, and natural increase of population. The more industrialized and developed a state is, the later the stage it enters. 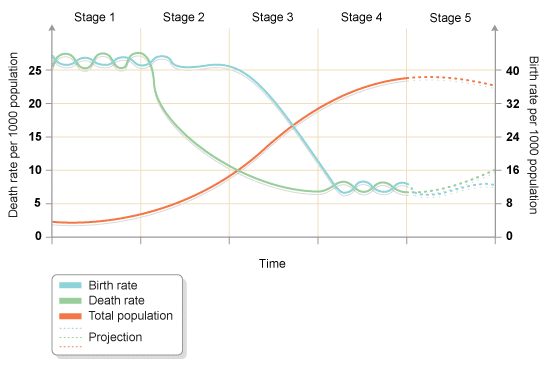 6. Epidemiologic Transition Model: Linked to the DTM, in each stage there are different diseases that affect the population. This is related to living conditions, access to health care, and life expectancy. For example, a population within an earlier stage is less industrialized and will experience diseases such as cholera, which can contaminate water sources. However, a population in a later stage will live longer and therefore experience diseases such as Alzheimer's.

7. Ravenstein’s Laws of Migration: Although each migrant is unique, there are several characteristics that most migrants share, according to Ravenstein. For example, most migrants tend to travel short distances and migrate in steps. Most migrants are male and single young adults.

8. Zelinsky Model of Migration Transition: The DTM does not reflect migration patterns, so Zelinsky developed this model to describe the types of migrations that occurs within a country depending on which demographic stage that country is in. For example, in a newly industrialized country in stage 2, the most common migration is rural to urban. However, a later stage country would experience more movement from urban to suburban.

9. Malthusian Theory of Population Growth: In the 18th century, Thomas Malthus theorized that population growth is exponential and will always continue to grow, but food production increases at a linear rate. That means that at some point, there are more people than available food, which means a check on the population growth will happen. These checks include war and famine. Malthus argued that these events that cause widespread death are essentially good because they limit population growth. He wasn't quite right though, because he could not have predicted the massive amount of food we are able to produce because of technology that did not exist during his time.

10. Diffusion S-Curve: Culture and innovation spreads for different reasons, but the S-Curve theorizes the speed at which ideas are adopted. Things start picking up slowly, then become popular quickly, then taper off. Just think about trends like the bottle flip. It was a niche video with early adopters, then caught fire and spread everywhere, and then tapered off forever.

11. Language Tree: Languages have developed as offshoots of each other. The Indo-European family tree includes the most languages that have branched off, but there are other smaller trees too! 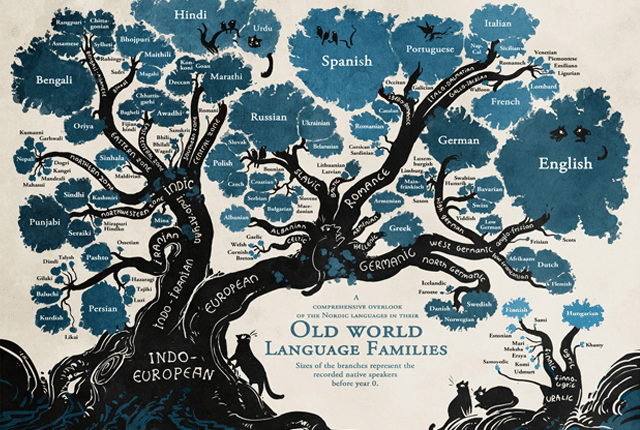 12. Organic Theory: Inspired by none other than Hitler, the organic theory is that states are like living organisms that have life cycles (birth and death) and need "nourishment" in the form of acquiring less powerful states to survive. Without expansion, the state will die.

13. Mackinder's Heartland Theory: Related to the Rimland Theory, but Mackinder argued that the key to global power is to rule the heartland Eurasia, which would be Eastern Europe / Russia.

14. Spykman's Rimland Theory: Related to the Heartland Theory, but Spykman argued that the key to global power is to rule the rimland of Eurasia, which includes the UK, India, China. 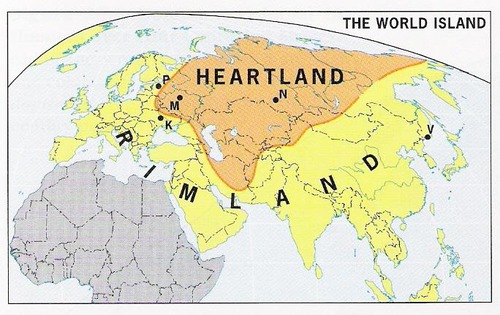 15. Domino Theory: From the Cold War, this theory stated that if one country "fell" to Communism, all of the surrounding countries would also fall like dominoes. Therefore, it was necessary for democratic countries to contain the spread of Communism so that others would not fall. 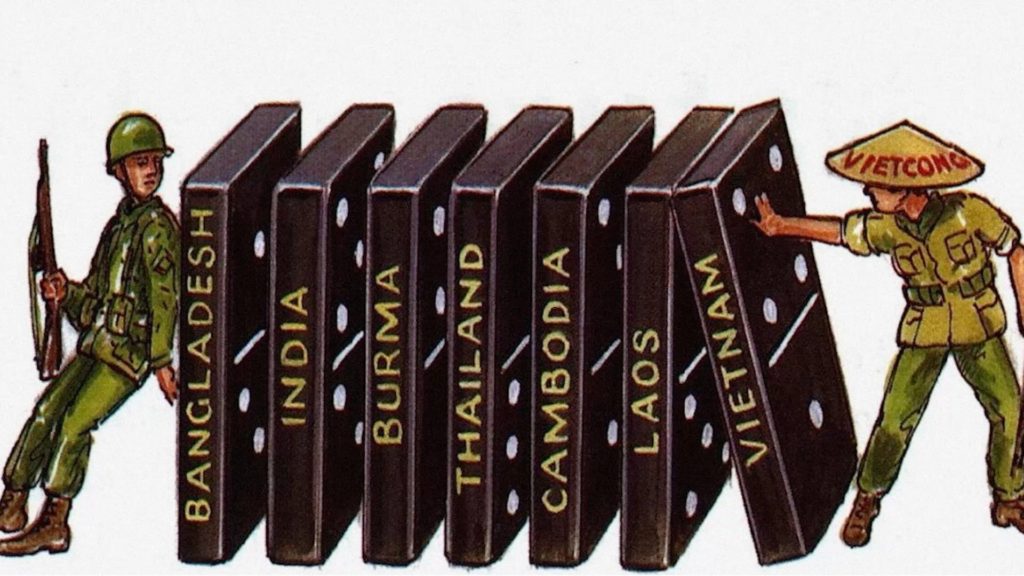 16. Core-Periphery Model: This model can be applied at different scales and describes the relationship between countries that "have", or the core countries, and those that are "have nots," the periphery. The core countries rely on labor from periphery countries.

17. Von Thunen Agricultural Location Theory: This is super simplified map that shows where different industries are located. The inner circle is closest to the city center and is where the market is located. Outside of that is dairy or other goods that have expiration dates and therefore need to be physically close to the market. Outside of that are forests that contribute heavy materials, so are relatively close to the market. Then the grains and field crops that are lightweight and have long shelf lives. The outermost ring includes livestock which are furthest away from the city because of disease and because they can walk to be transported into the city! 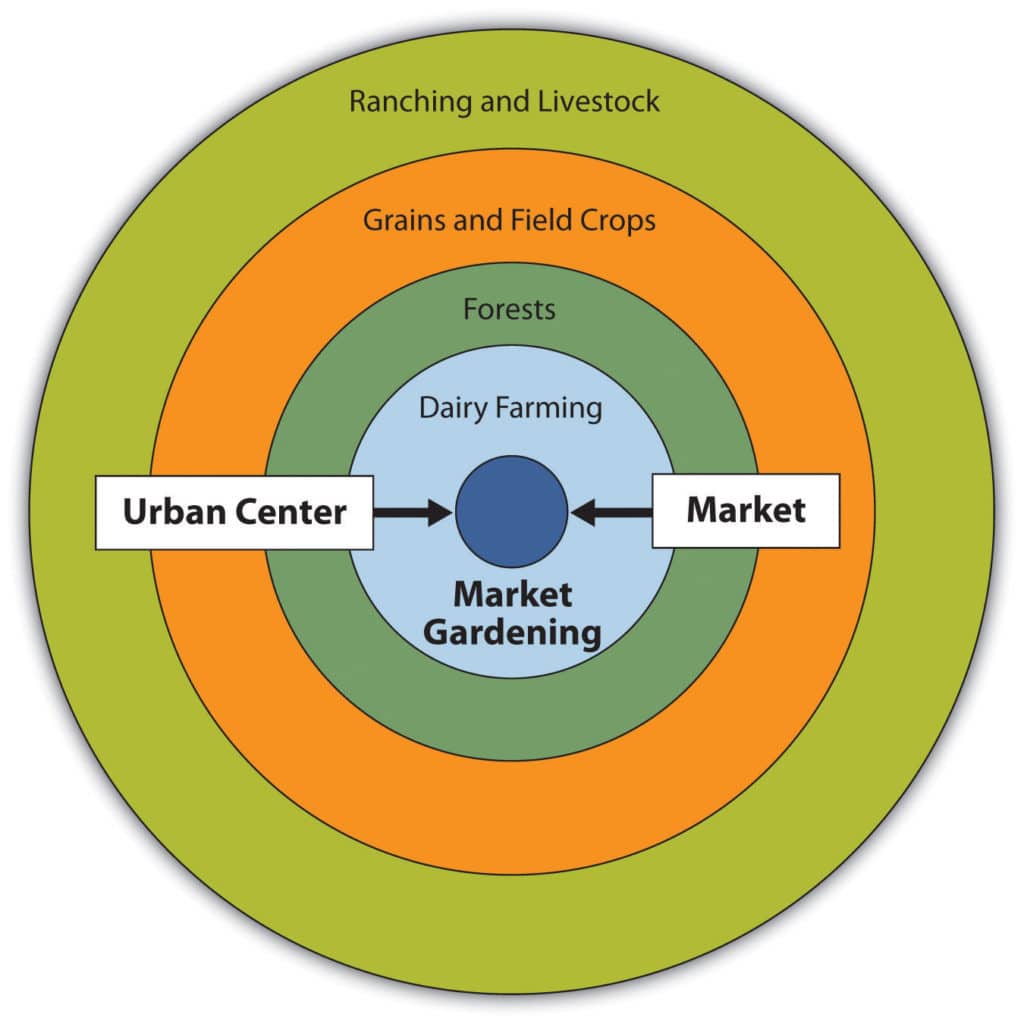 ⚡ Watch: AP Human Geography - Types of Agriculture and Locations Around the World

19. Rostow’s Stages of Growth: This theory states that countries develop their industry in five stages over time. The highest stage is one of high mass consumption where there are tons of goods developed and consumed. 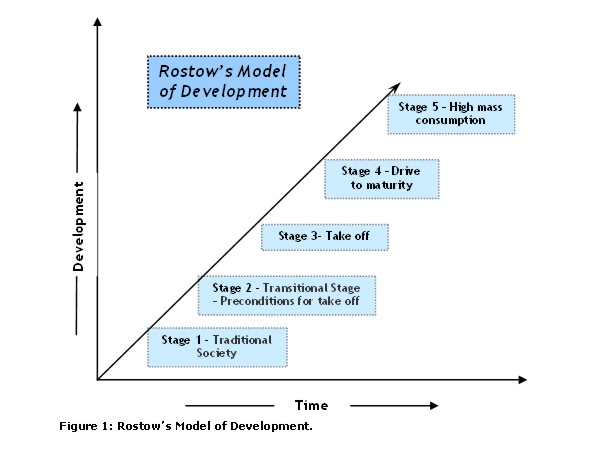 23. Christaller’s Central Place Theory: This explains the size and spacing of cities. Essentially, goods and services are located within a threshold distance of the urban center based on how far people are willing to travel for work and consumption. Based on a number of assumptions, it creates a honeycomb of cities surrounded by smaller towns and markets.

24. Burgess’ Concentric Zone Model: It describes the layout of a city and where people live. In the center of the city is the business district, which is surrounded by layers of industry and residential areas with the most wealth residing furthest away from the center. As the working class moves toward the center, the higher classes move out and commute in. 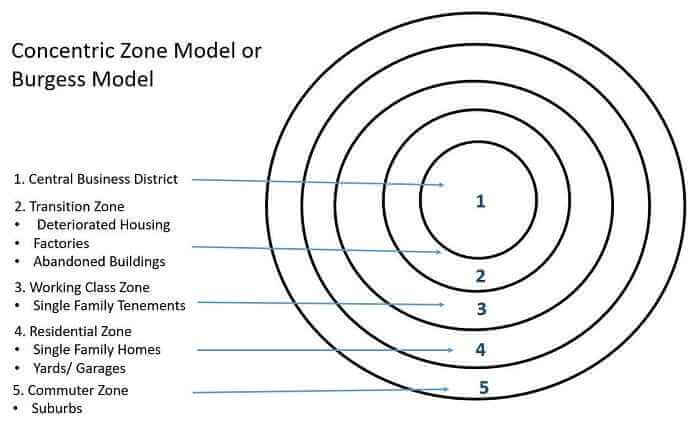 25. Gravity Model: The movement of people between two places is based on factors of population size and distance. For example, a big city like Chicago is likely to attract commuters from a fairly large radius because of its size, but the further away you get, the more likely people are to travel to other cities such as St. Louis.

26. Hoyt’s Sector Model: A city layout where the lower class surrounds the transportation lines, while the higher classes begin in the central business district and radiate out. 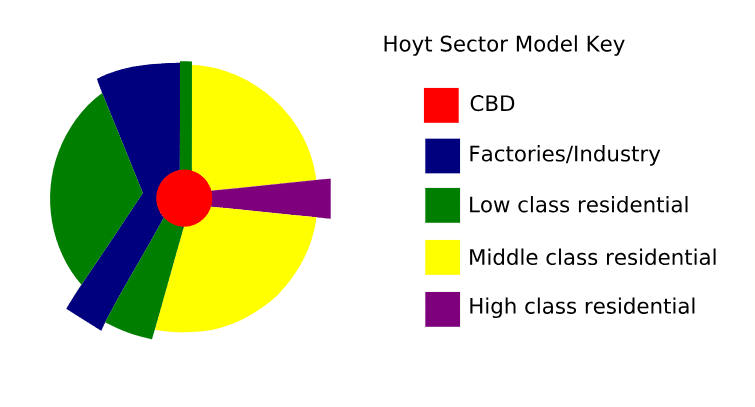 27. Harris & Ullman’s Multiple Nuclei Model: The city formed around the central business district, but other CBDs that are smaller sprout in the outskirts of the city, creating multiple business nuclei. 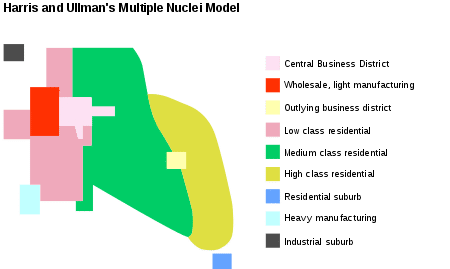 28. Borchert’s Evolution of the American Urban System: A generalized history of the urbanization of America through innovations in transportation. In the first stage of Sail/Wagon, cities developed near ports and major waterways. Then, by the mid-1800s, the railroads and steamboats led to cities developing on these routes. The early 20th century was characterized by long haul railroads the growth of national railways. Much of the 20th century was then focused on the development of gasoline powered transportation including cars and planes. Since the 1970s, US cities has been developing based on service and information technology sectors (ex. Silicon Valley).

30. Bid-Rent Curve: As distance from the city center decreases, the cost of land decreases.