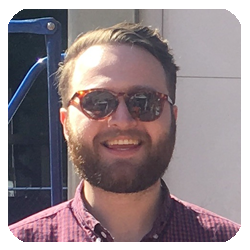 👋🏼 Hi, I’m Steven Kucklick! I’m an AP European History teacher from Columbia, South Carolina and streamer at Fiveable. This year’s exam is different than we expected, but I’m here to help. I’ve put together this study guide to help keep you on track while you are studying from home. You can follow this guide on your own with a free Fiveable account! I’ll also be joining a group of students live on Tuesdays @ 9pm ET during cram sessions. Pick up your cram pass to join us.

format of the new exam

This year, the AP European History exam will look different than you were expecting. As we’re all on quarantine 😷 due to COVID-19, the College Board has decided to update the format and content of the test to fit an online testing format. You’ll have 45-minutes to take the exam online and it will only cover units 1-7. If you have already studied content from unit 8 or 9, don’t stress! It’s all worth knowing.

These units are on the exam:

1 – 🎨 Renaissance and Age of Exploration

2 – 💒 Reformation and Wars of Religion

6 – 🚂 Industrial Revolution and the Age of Isms

These units will not be on the exam:

8 – 💣 The World Wars and the Russian Revolution

9 – 🇪🇺 The Cold War and the Modern Era

What will be on the test?

when is the exam and how do i take it?

May 13 @ 4p Eastern! Wherever you are in the world, this is the time you’ll take the test. Unless you have been approved for the make-up date in June, but only your school can request that. You’ll take the test online. There will be a practice simulation posted by College Board within the next few weeks.

how do i prepare for the exam?

With so many school closures and the stress of a global pandemic, this review season will be different than usual. If this is your first AP exam, welcome! Don’t worry, it’s not usually this chaotic.

We’ve put together this plan for you to follow between now and May. This will cover all of the units and leave you time to practice questions before test day. Some classes may have done units out of chronological order throughout the year, which is ok. The units don’t have to be taught in order. If you are learning new material on your own and need some help, use the chat bubble on http://fiveable.me. We’ll answer any questions you may have.

what resources does this study plan use?

All of the required resources are free. You’ll need to create a free Fiveable account to jump in. We’ve also linked a few other websites, articles, and YouTube videos that you can access for free. Some of the suggested resources include paid products. There are some documentaries that you can find on streaming sites with a paid membership and we’ll also list streams and practice questions that require a paid cram pass on Fiveable.

Before we begin, take some time to get organized. Remote learning can be great, but it also means you’ll need to hold yourself accountable more than usual.

Make sure you have a designated place at home to study. Somewhere you can keep all of your materials, where you can focus on learning, and where you are comfortable. Spend some time prepping the space with everything you need and you can even let others in the family know that this is your study space.

The hardest part about studying from home is sticking to a routine. Decide on one hour every day that you can dedicate to studying. This can be any time of the day, whatever works best for you. Set a timer on your phone for that time and really try to stick to it. The routine will help you stay on track.

🏆 Decide on an accountability plan.

How will you hold yourself accountable to this study plan? You may or may not have a teacher or rules set up to help you stay on track, so you need to set some for yourself. First set your goal. This could be studying for x number of hours or getting through a unit. Then, create a reward for yourself. If you reach your goal, then x. This will help stay focused!

Unit 1 covers three main areas of content. First, it introduces us to Europe and briefly covers the end of the Middle Ages. This first area of content predominantly focuses on the crises of the Late Middle Ages (Bubonic Plague, 100 Years War, and Peasant Revolts) and sets the stage for the birth of the Modern Era. Secondly, this unit covers the Italian and Northern Renaissance. Not only is this focused on artistic developments, but also social and political changes. Finally, this unit covers the Age of Exploration and the broad impacts that it has on the continent.

💒 unit 2: reformation and wars of religion

This unit focuses on the development of monarchical power in Europe during the 17th century. The overarching theme is the comparison of absolutism and constitutionalism. However, the unit also covers several important historical developments that do not necessarily fall specifically within this larger theme; these will be mentioned as we work through the unit. Here are the big takeaways for the unit. Focus on the development of absolutism in France (Henry IV, Cardinal Richelieu, Louis XIV) and Russia (Peter the Great). You should also focus on the use and development of mercantilism. Constitutionalism focuses mostly on England by analyzing the rule of James I and Charles I, the English Civil War, and the Glorious Revolution. You should also make sure you look at the Dutch Golden Age during this unit.

Unit 4 might be the simplest unit to tackle because there is not a heavy amount of content to cover. The overarching theme of unit 4 is the advancement in scholarly thought in Europe from the 16th to 18th centuries. It focuses on two major developments: the Scientific Rev and the Enlightenment. For both of these it’s important to understand major themes and how it will impact future European events. This is probably the most important thing to focus on. You could also study Absolute Despots, but I would recommend studying that in unit 5.

This is probably the heftiest unit in the course and definitely deserves a lot of your attention. There are three main components that make up this unit: the Old Regime (Europe in the 18th Century), the French Revolution, and the reign of Napoleon. The Old Regime has a lot of important content that helps build the foundations of the French Revolution and Europe moving into the 19th century. Below, I’ll cover the important aspects of each.

🚂unit 6: industrial revolution and its effects

We can really think about this unit as the first half of the 19th century. A lot of the stuff we’ll be talking about here will continue to be mentioned in Unit 7 as well. I like to break up this unit into three sections: Industrialization, Competing Ideologies, and Reactions to Social and Political Change. You really want to study this unit and unit 7 thematically and not chronologically.

As I mentioned in Unit 6, I like to think about Unit 7 as covering the second half of the 19th century. In this unit there are two big pieces of content to cover: the unifications of Italy and German, as well as New Imperialism. Some other pieces of content that you need to review are the rise of socialism, societal changes, scientific, and medical advancement.