In this unit, you need to be able to describe how the parliamentary, presidential, and semi-presidential systems are structured. Let's begin by breaking each system down, one at a time. One small note 📓: this topic does not mention China and Iran in the CED, so we will not be focusing on those course countries in topic 2.1 or topic 2.2.
In order to understand the parliamentary system, we need to know how popular elections work in the UK. The only national officials that are voted for in Great Britain 🇬🇧 are members of parliament. The people do not vote 📥 for the prime minister! That's very important to understand, notice how different it is from the United States.
This means that the national legislature, and more specifically the majority party, can select or remove the head of government and the cabinet, not 🚫 the people. This gives parliament a great deal of power. But how does a parliamentary system function? Well, you're about to see it for yourself! 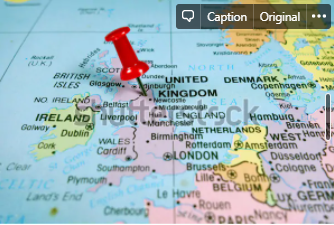 Here's the UK on a map in case you forgot! Image from Shutterstock.

2. Presidential System. A presidential system is a democratic and republican (meaning the people are represented by government representatives... not political parties!) government in which the head of government leads an executive branch that is separate from the legislative branch. Let's discuss 🇲🇽 Mexico as an example. Although we are going to focus on Mexico, as it is specifically highlighted in the CED (Course and Exam Description), you should understand that Nigeria 🇳🇬 is also a presidential system!

The people of Mexico directly elect the president every six 6️⃣ years. The election process is based on direct, universal 🤘suffrage and the principle of a simple majority. In 2018, Andres Manuel Lopez Obrador won 30 million popular votes ☑️, or 53% of the votes, and his opponent Ricardo Anaya won 12 million popular votes or 22% of the votes. Therefore, Obrador won the presidency. Legislative elections 🗳️ are separate from executive elections and are based upon proportional representation (more on that later!).

3. Semi-Presidential System. Sometimes called a dual ✌️executive system, this is a system in which a president exists alongside a prime minister and a cabinet. 🗄️ It has elements of the parliamentary system, with the prime minister and cabinet handling the legislation of the state, and elements of the presidential system, because the president is a popularly elected head of state. In order to explore this system further, let's use one of our Comp Gov countries, Russia. 🇷🇺 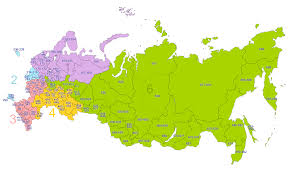 Let's start with how elections work in Russia. 🇷🇺 The president is elected by the people of Russia using universal, equal, and direct voting. The prime minister is then appointed by the president, with the consent of the state duma. So to recap, you have a president and a prime minister that co-exist, and the president is directly elected and holds a significant degree of power.
For the exam FRQ, it is important to note that in Russia, the prime minister position held little to no power 💥 until Vladimir Putin took the position in 2008 (he could no longer be president, as he had served 2 consecutive terms). Once Putin was elected president again in 2012, the position went back to being in service to the president. In other semi-presidential systems, such as France 🇫🇷 and India 🇮🇳 (non-Comp Gov countries), the amount of power held by the executives is quite different.