What Should I Do? Learning How to Help the Seemingly Unteachable Student 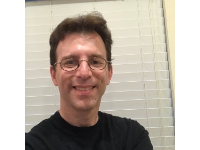 “If you fight for your limitations, you get to keep them.”

Looking back, I remember myself being so excited to teach another year of middle school Civics to a new group of students, and as I got to know them, one student in particular would stand out: let’s call her Amelia.  At first, she seemingly blended in with everyone else in the class with her tall figure and curly hair. Her initial quietness in class, in addition, did not provide any clue to what was to come in the next couple of months.

One day, Amelia walked into class, and did not respond to my “Hello, (student name)” greeting to each student at my doorstep. This, by the way, is a teacher life hack (I call this Teacher Hack #1) taught by Harry K. Wong and Rosemary Wong: harnessing the vital yet simple skill of greeting students as they enter the classroom in their book The First Days of School:  How to Be an Effective Teacher. Amelia made loud outbursts in class over and over again, saying “Whoop!” or “Burrr!” This was oddly unique! In seven years of prior teaching, no student ever made strange, loud noises over and over again in class. I told Amelia that I need to speak with her after class; I wrote her a pass to her next class so she would not be tardy. When I dismissed class, Amelia then charged out the classroom door! How amazing…

Contacting her parents became my next move after school. Later that day, I tried calling home to no avail – the phone number did not work. My school guidance counselor could not provide any other phone numbers. I thought to myself, “Ah, a classic student trick: if you plan to misbehave, provide false phone numbers on the first day of school.” Amelia’s evident success at this already made my day much more challenging.  If only I knew what was to come… but it wasn’t until later that I found out that not all things are as they appear.

SUNG: Student Up To No Good!

The month after that, Amelia disrupted class with random noises all during class. She refused to do any work in class and used a lot of profanity to tell me how she was not going to do any of that work. Amelia received disciplinary referrals almost every week for severe classroom disruptions. That year, I consulted almost every positive classroom management book for advice. I spoke with our guidance counselors for any techniques that could help Amelia.  When I tried to help her one-on-one in class; Amelia refused to listen or even to turn a page in her book – I had to turn the pages myself! At this point, it looks like the ordeal is definitely far from being over.

Hello, Is Anyone Home?

After several weeks, a home visit became my only option after phone calls home ended repeatedly with “Sorry, this phone number is incorrect or is no longer valid.” Even though it was Friday after school, I felt compelled to make my visit to Amelia’s home.  Her home lay on the edge of some rough neighborhoods with notorious drug dealers and gangs. As I drove to her house, I remembered the strange looks from nearby residents, some showing interest while others evoking pure hostility. I arrived at Amelia’s home and someone answered the door: an elderly lady, Amelia’s grandmother. She spoke with me at her door about what was occurring in class. She said that she would speak to Amelia about her classroom disruptions. Amelia’s household saw me visit two other times that year, yet to no avail.

Teacher Hack #2: Mentors bridge the gap between struggling students and their teachers and parents; make use of them! I consulted Ms. Felicia Benzo, the founder of an exceptional non-profit student mentoring organization called CATALYST Global Group Initiatives, Inc, to describe Amelia’s situation and find her an appropriate adult mentor. I followed Amelia’s progress with her mentor several times during that first year, and I found out that Amelia either would skip a mentor appointment or say little during their meetings.

The school principal eventually reassigned Amelia to a different teacher that year after she continued failing my class and causing severe disruptions. I felt that my efforts with Amelia were over and all for naught, but like I subtly stated earlier, not all things are as they appear…

Teacher Hack #3  Some students must hear the same message, over and over, that you care before they believe that you mean it. Other students believe it after the first time.

Every Year Is A Fresh, New Start

"Sooner or later, we learn to throw the past away"

-Sting, "History Will Teach Us Nothing"

Every student deserves a chance to start over again. Amelia was no exception. As she completed Civics lessons, I continued praising her in a subtle way. As the year progressed, Amelia began to listen to my tips and she succeeded more and more at her work.

What I did not know was that Ms. Benzo from CATALYST intervened personally to assist Amelia with an impossible home situation and Amelia responded, rising up to the challenge. Another mentor came to assist her in her final year at middle school. If only I could tell what she faced daily, most people would praise her for surviving such an ordeal. Her grades improved and she was ready for high school, and then the unthinkable happened.

One night, Ms. Benzo called me to tell me that Amelia’s home burnt to the ground earlier that night. Thank goodness everyone escaped unhurt, but Amelia lost everything she owned and I feared that her progress would come apart. She came into my lab, smiled at me and said “Good morning,” and began her work as if nothing happened the night before! Talk about courage! What she did not know was that the school, CATALYST and the community were in motion to help Amelia and her family. Teachers ran to their banks and donated money. Our principal called stores and they donated gift cards to them. CATALYST provided resources to help Amelia’s household overcome this tragedy.

Amelia did overcome. She eventually graduated from middle school and defied her limitations and made amazing progress. Like her, that one somewhat troublesome student in your classroom can change for the better and become a completely different person with your help and guidance. After all, even the students who are seemingly unteachable can become the teacher to so many of us.