Although the first topic in this unit highlights cultural rationales used by Imperialist powers, the economic relationships that they created were at least as significant for World History. The expansion of empires and the growth of industrial capitalism greatly increased global exchanges. Businesses from industrialized countries benefited from imperialist power over other parts of the world, especially in pushing colonized or dependent regions to focus on exporting commodities.

A commodity is a raw material or primary agricultural product that can be bought and sold in large quantities. The primary product means that a business would do something with the product before selling it to consumers. In other words, wheat is a commodity, but a loaf of bread is a consumer product. 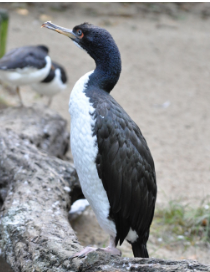 Industrializing countries needed food to feed people in large cities. New technology, like refrigerated shipping compartments, made the shipment of foods, like beef from Argentina and Uruguay, possible across large distances.

Guano, bird excrement, much of it produced by Guanay cormorants like the one pictured above that built upon islands off the coast of Peru, was an excellent fertilizer that increased agricultural production in imperialist countries that supported mining. That’s right there was so much poop on these islands that it could be mined! Similarly, raw materials used by industries were mass-produced and shipped globally, to the benefit of businesses in imperialist countries. British factories used cotton from colonial Egypt and India.

The machines in these factories may have used belts made from rubber produced in the Belgian Congo (Central Africa) and may have been lubricated with palm oil from the British colony of Nigeria (west Africa). These are just a few of the many industrial crops and commodities. Students can use any appropriate example to illustrate their written responses on the AP Exam.

In 1869, some Afrikaaners (descendants of Dutch settlers) in South Africa discovered diamonds there. This is a commodity with more obvious value than guana. This finding is known as the Kimberley diamond strike, and it caused a rush of European settlers and investors. 💎 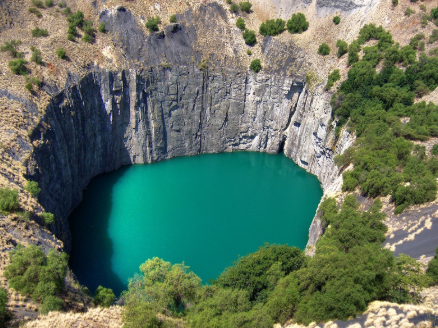 The result was the world’s largest open-pit mine dug by hand, forced labor from Africans who did the digging, and enormous profits for a few investors, such as Cecil Rhodes. Rhodes became so wealthy that he started his own colony in southern Africa, Rhodesia (today: Zimbabwe and Zambia). Imperialists in African and India also used state power, such as taxation or drafts, coerce laborers to work on transportation networks, especially railroads, used to export these commodities to ocean ports.

The 2018 AP World DBQ explored the relationship between railroads and empire. It would be an excellent practice for Unit 6.