At the macroscopic level, forces can be categorized as either long-range (action-at-a-distance) forces or contact forces.

As described in 8.2, charged objects attract or repel each other based on their charges. Coulomb’s Law lets us calculate the amount of force this attraction or repulsion exerts.

In the equation above:

This equation leads to the following conclusions:

Just as a review, there are many similarities between this electrostatic force equation and Newton’s law of Universal Gravitation. Both equations are inverse square laws (meaning they both have an r^2 term in the denominator). The key differences between them are that k is significantly greater than G (about 10^20 times larger) and that Fe can be attractive or repulsive. The fact that Fe is so much greater than Fg means that it only takes a small amount of charge difference to have a noticeable electrostatic force, while to see a gravitational attraction takes very large amounts of mass. 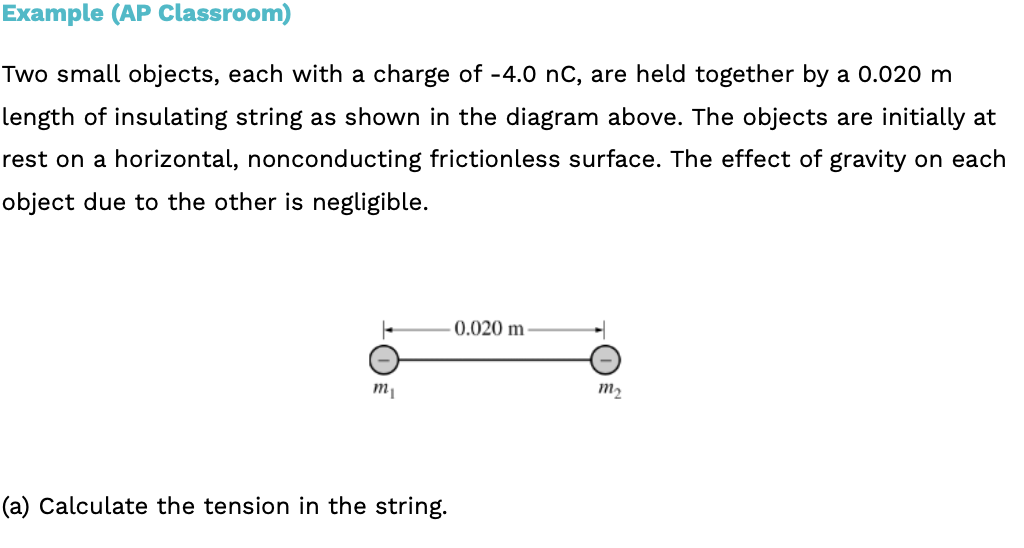 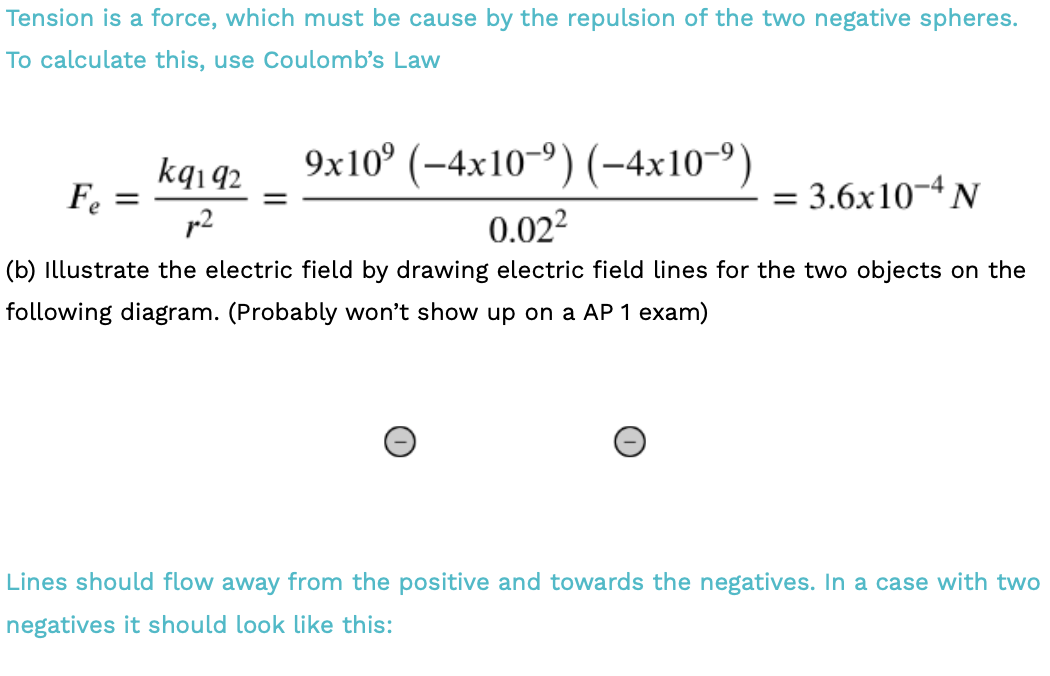 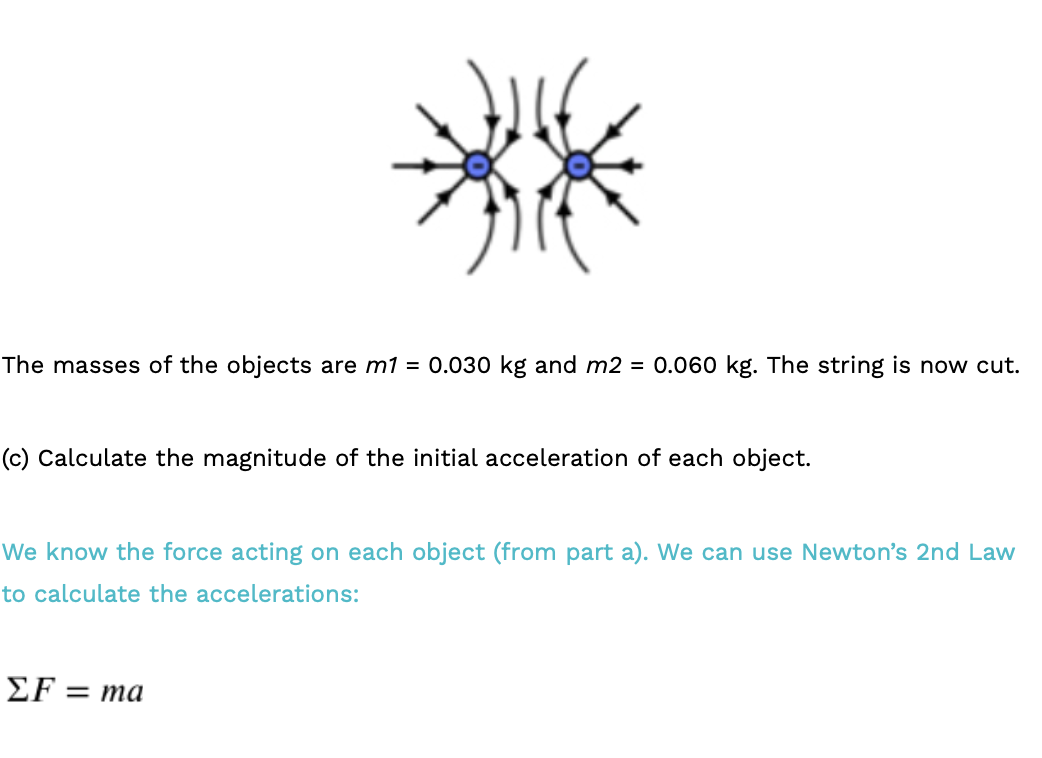 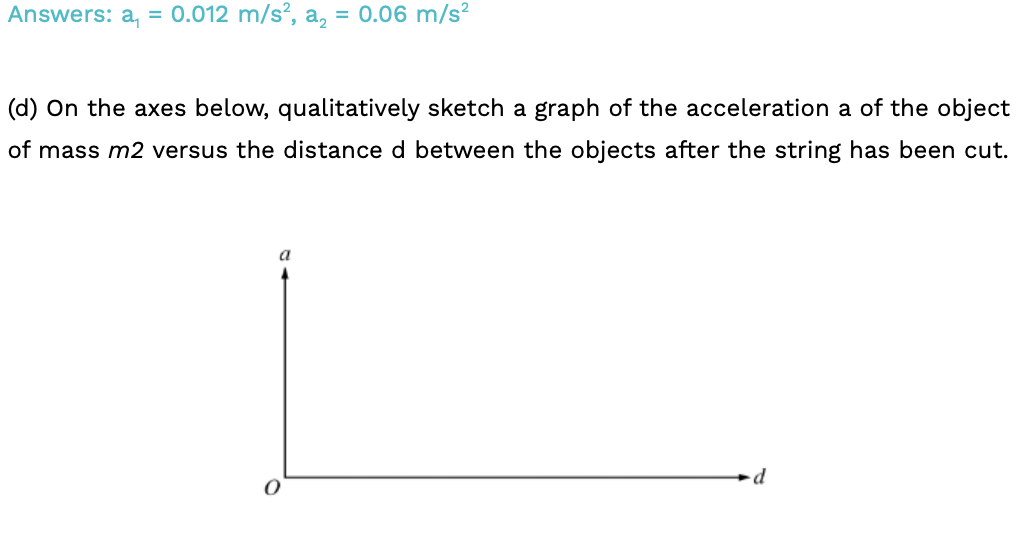