Certain quantities are conserved, in the sense that the changes of those quantities in a given system are always equal to the transfer of that quantity to or from the system by all possible interactions with other systems.

A system is an object or a collection of objects. The objects are treated as having no internal structure.

When we’re discussing energy and work, one of the main tasks to think about before doing any mathematics is to define the system of objects we are thinking about. A system simply put is the group of objects we plan to look at in a problem. Common systems include a ball and the earth, or a car and the road.

Work in physics is a transfer of energy . Work occurs anytime there is an external net force applied to an object that moves it in a parallel direction to the force.

In a general sense, work can be described by the equation W=Fdcos𝜃 where F is the applied force, d is the distance the object has the force applied over, and 𝜃 is the angle between the force and distance vectors. 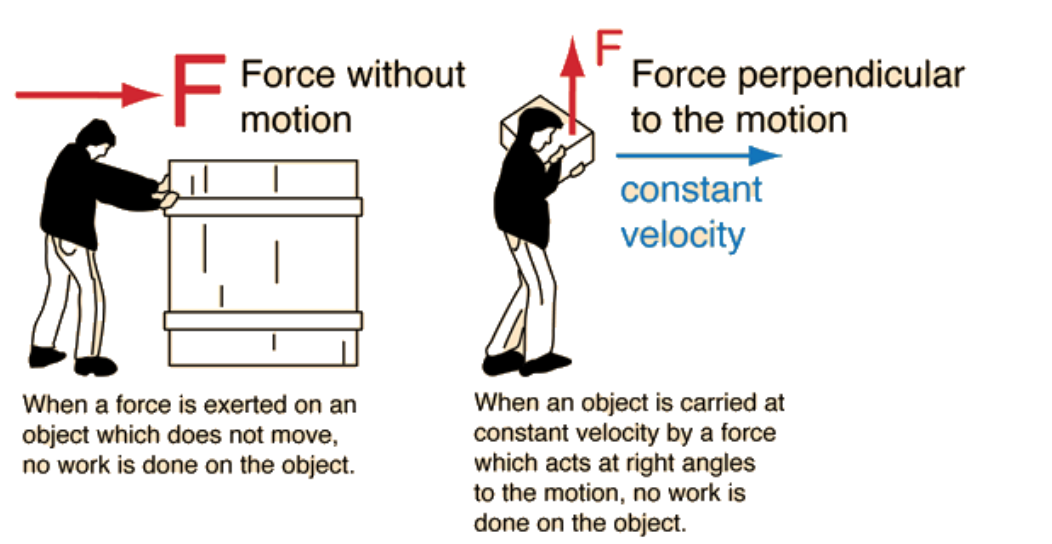 Similar to how displacement can be calculated from the area of a velocity vs time graph, work can be determined by using the area of a Force vs displacement graph. In AP 1, the area will always be able to be approximated by common geometric shapes (rectangles, triangles, etc). If you’re planning on taking AP C: Mech, you’ll also be able to use calculus to determine the work from non-geometric shapes. 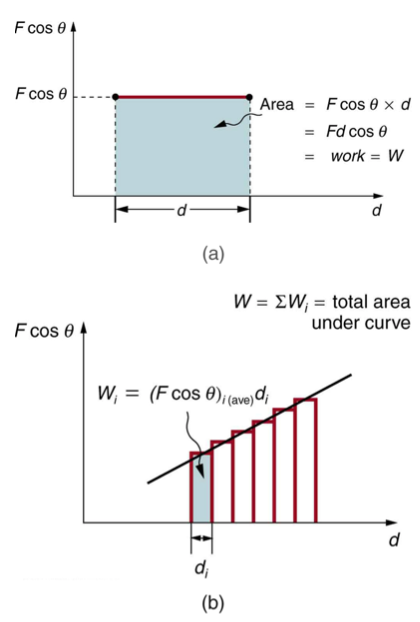 Power is the rate at which Work is done on or by an object. It is described by the equation P = E/t, where E is the change in energy (Work), and t is the time needed for the change to occur.