Gravitational mass is the property of an object or a system that determines the strength of the gravitational interaction with other objects, systems, or gravitational fields.

Objects and systems have properties of inertial mass and gravitational mass that are experimentally verified to be the same and that satisfy conservation principles.

Determined by the acceleration experienced from a given force F.

⟶ While these masses are measured in varying applications, they have been experimentally proven to equal the same value; therefore Inertial = Gravitational. 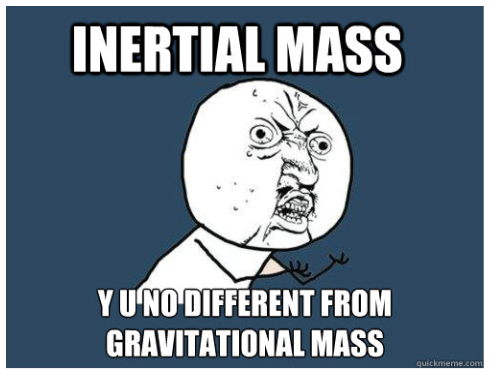