Forces are described by vectors. Key Vocabulary: Vector - quantities that are described by a size (magnitude) and a direction (ex. East, Up, Right, etc.)  Example: The gas station is five miles west of the car

Vectors can also be represented by arrows, and the length of the arrow should represent the magnitude of the described quantity. From the image below you can see the 5m arrow is smaller in length than the 50m arrow to reflect the difference in magnitude of the two quantities.

A force can be simply described as a push or pull. We know that a push or pull has both magnitude and direction (therefore, it is a vector quantity) and can vary considerably in both regards.

Key Vocabulary: Free-Body Diagram - as we discussed in previous standards, this is a technique used to illustrate all the external forces (forces that affect motion) acting on a body. The body is represented by a single dot or box, and only those forces acting on the body from the outside are pictured. Free-body diagrams are helpful in analyzing all forces acting on a system and are often utilized in the study and application of Newton’s laws of motion. 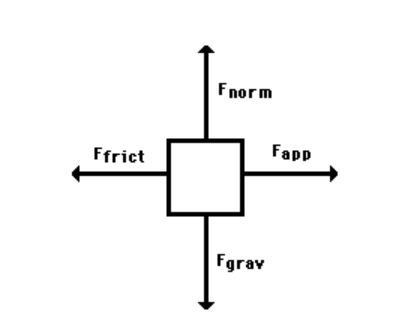 As pictured in the image above, Weight or Force of Gravity is always pointed downwards, Force of Normal is perpendicular to the surface, and Force of Friction is opposite motion. The applied force is in whatever direction the force is coming from (ie. the image could represent a hand pushing a box right across a level surface).  ⟶ Still feeling a little confused about Free-Body Diagrams? Don’t worry! Check out this video from Khan Academy for more practice!

A force exerted on an object is always due to the interaction of that object with another object. 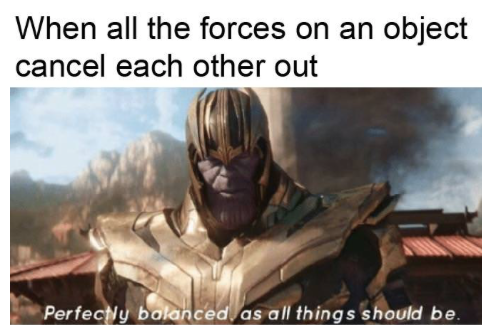 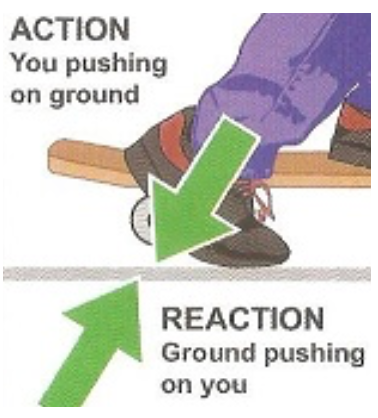 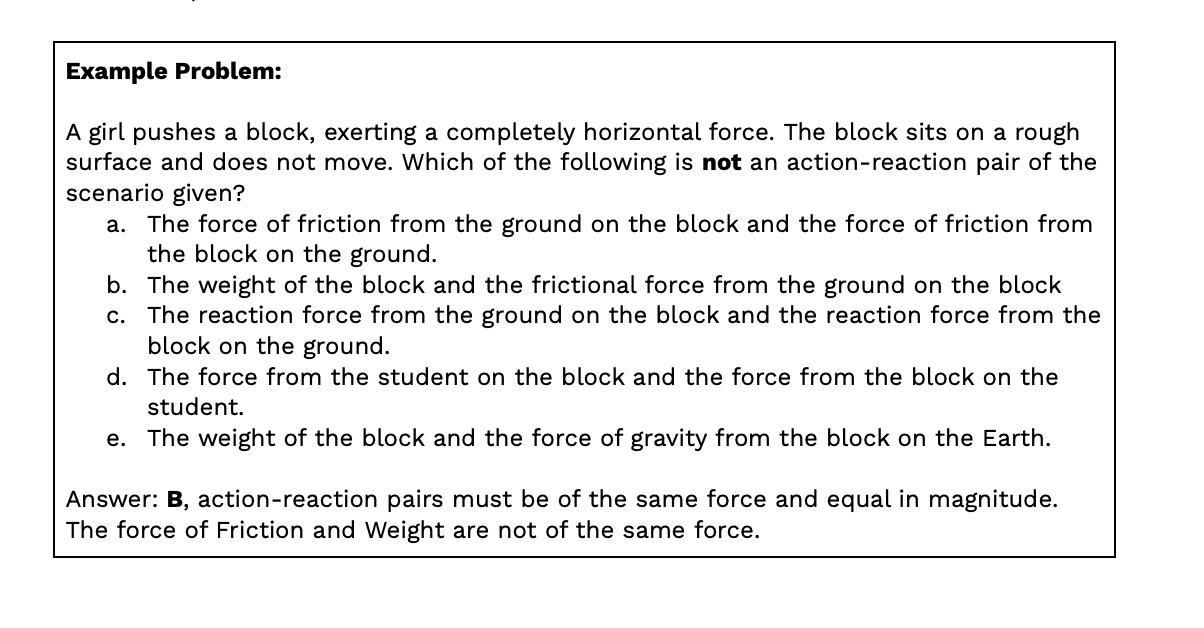