The linear motion of a system can be described by the displacement, velocity, and acceleration of its center of mass. The variables x, v, and a all refer to the center-of-mass quantities.

If you recall from kinematics there are a few major equations that relate acceleration, displacement, initial and final velocity, and time together.

Forces that the systems exert on each other are due to interactions between objects in the systems. If the interacting objects are parts of the same system, there will be no change in the center-of-mass velocity of that system.

Unfortunately, Newton’s Second Law also includes pretty infamous problems such as angular tension and apparent weight. Not to worry though, we’re going to break them down:

Key Concept: Angular Tension - mathematical problems when an object is held up by two or more strings at angles 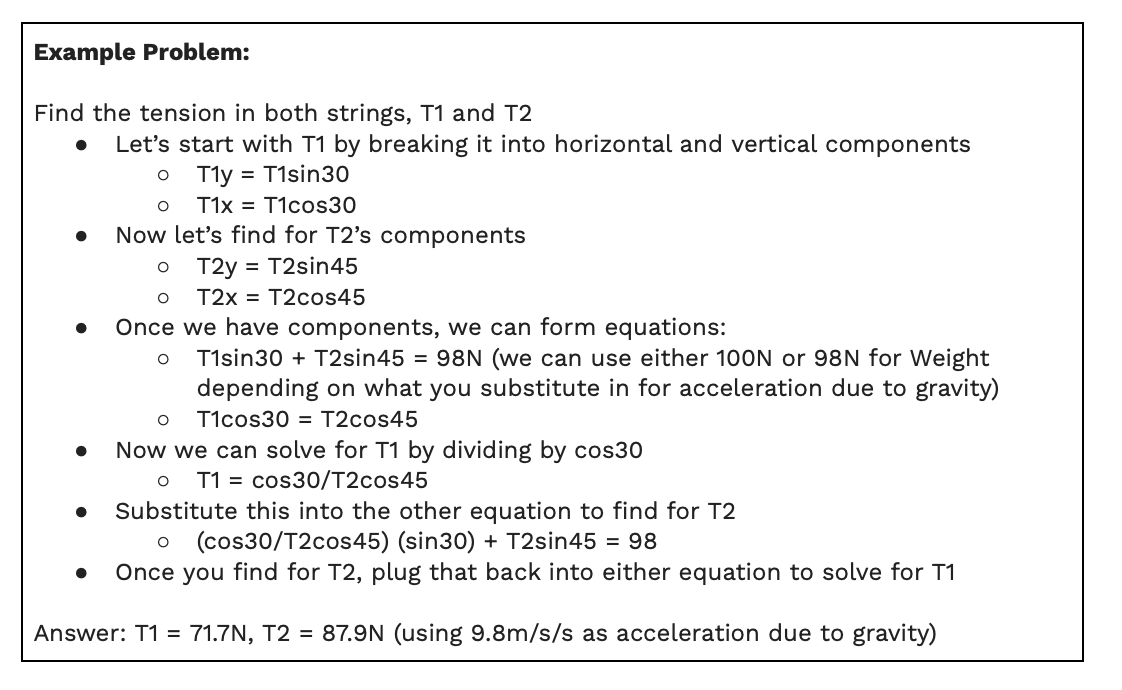 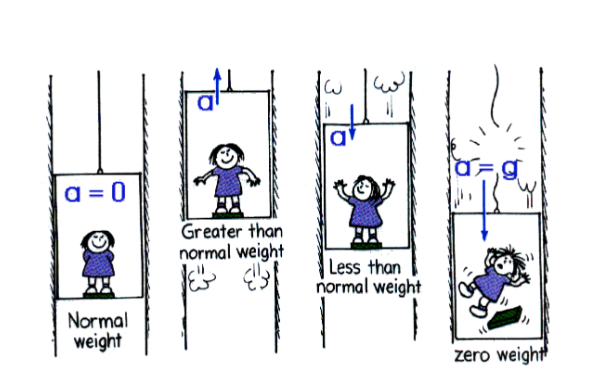 When acceleration is upwards

The elevator accelerates upwards, but the inertia of a person would prefer to remain stationary, so the elevator floor must push up on the person with more force than their weight to accelerate them upwards. Therefore, Fn = ma + mg, so Normal Force is greater than true weight.

When acceleration is downwards

When there is no acceleration

If the acceleration of an elevator is zero, the elevator is either moving with constant velocity or at rest. When this is the case Fn = mg, so Normal Force is equal to the true weight.

When an elevator is in free fall