1.3Half Steps and Whole Steps

No, not that type of bass 🙄, but keep reading!

When we are looking at a composition through a harmonic lens, these Arabic numerals are used to signify the corresponding inversions to each chord.

What do these figured bass numbers mean?

When we also analyze the harmonies of a composition through Roman numerals, we can attach the Arabic numerals to the side of Roman numerals to provide information about the inversion (Arabic) of the chord in the key (Roman). It would look a little something like this: 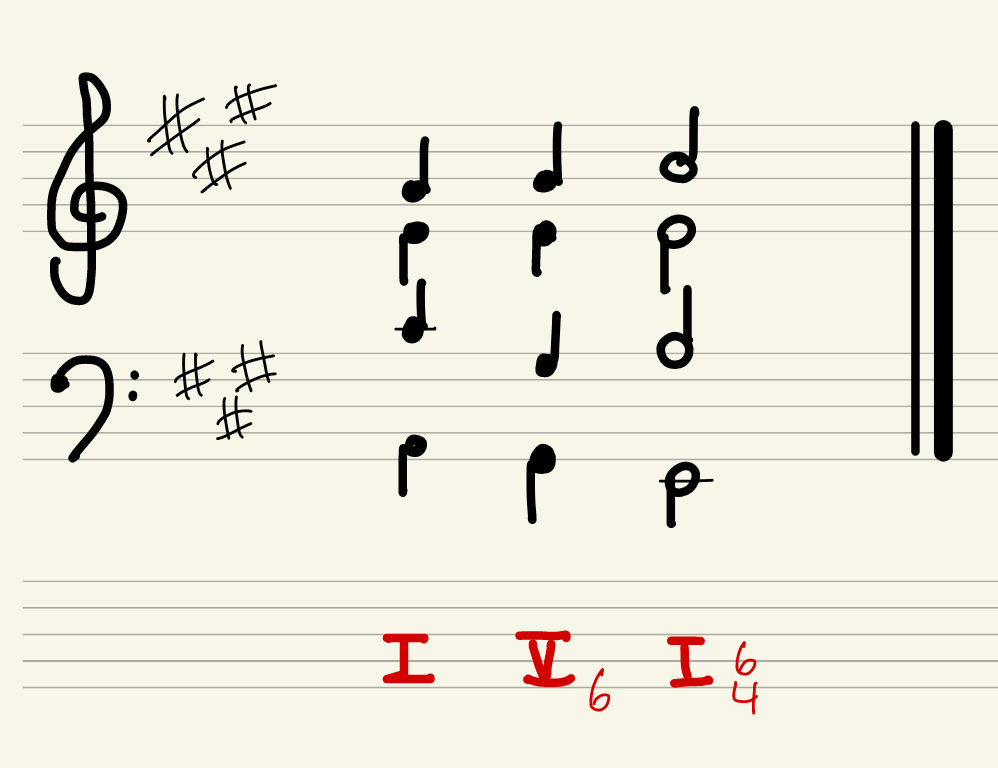 In figured bass, a figure with a slash (/) or a plus sign ➕ indicates the pitch denoted by that figure is to be raised a half step.

An accidental appearing alone, (without an Arabic numeral) indicates that the third above the bass should be altered according to the accidental. 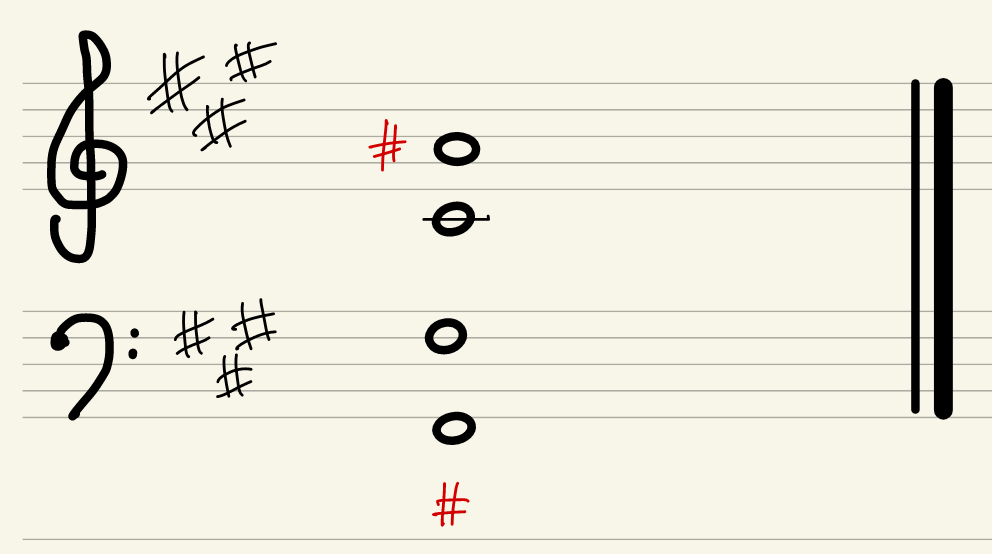 Another system of labeling chords takes the root and uses a capital letter-name (such as G) and attaches the quality of the chord (Major, minor, etc.) with its abbreviation. For example a G-Major chord would look like: GM. A minor chord would have a lowercase m, such as the chord Dm. You might see E+ for an augmented E chord, or F#° for an F-sharp diminished chord. 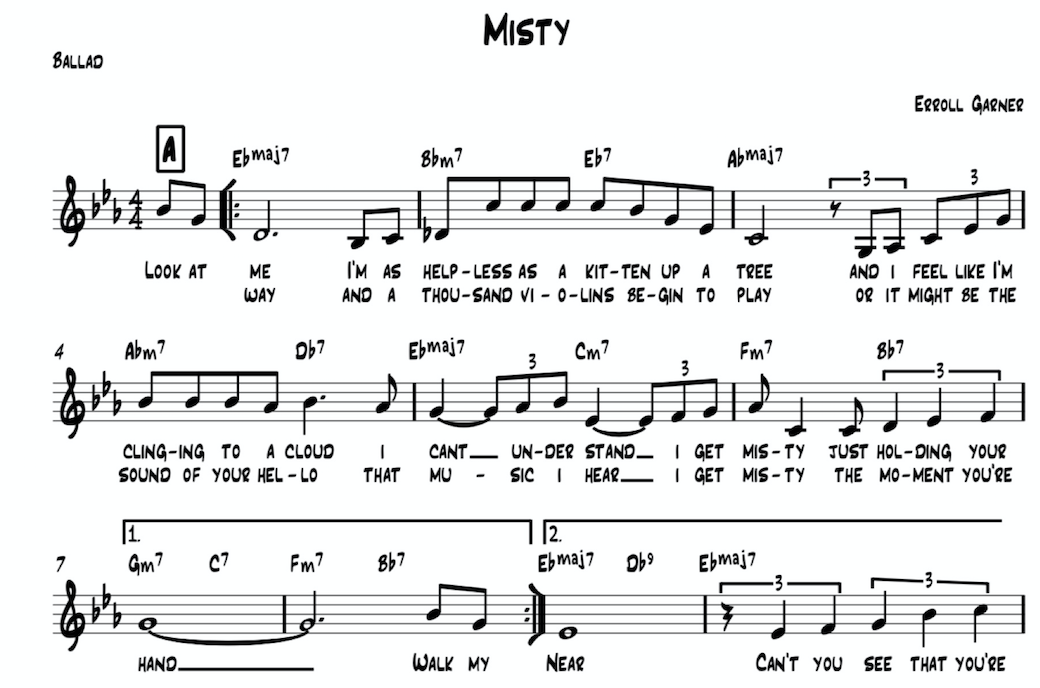 You can find this system of labeling chords in lead sheets, and in genres ranging from jazz, to rock, to musical theater.

🦜 Polly wants a progress tracker: For a 2nd-inversion subdominant chord in the key of F, what would its figured bass symbols be? How do you spell that chord?