When we add MPC and MPS together, it always equals one. Because, for every new dollar you receive, you have the option to either save it or consume it. 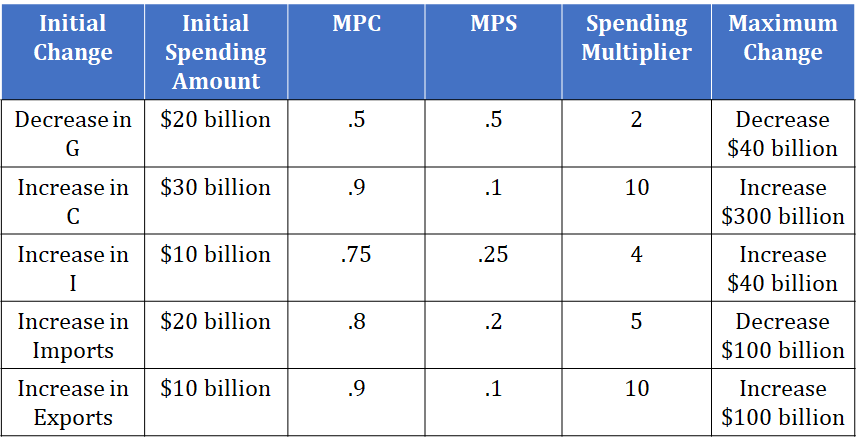 The tax multiplier is used to determine the maximum change in spending when the government either increases or decreases taxes. The formula for this multiplier is MPC/MPS. The tax multiplier will always be less than the spending multiplier. When spending occurs, we know that all of this money will be multiplied in the economy. But, when taxes are increased or decreased, not all the money received goes back into the economy. For example, if the government decreases taxes which gives individuals more disposable income, there is no guarantee they are going to spend all of the additional income.

Let's look at how we calculate this. If the MPC is 0.8 what is the tax multiplier: