Julius Caesar’s conquest ⚔️ for Gaul was obstructed by the opposition of the Britons. The Britons had supported the Gauls during Julius Caesar’s campaigns while the leading Gallic trade 💰supplier, the Veniti of Amorica, called in the Britons as allies. As arrangements were made to set forth for Britain, he set forth Gaius Volusenus, a tribune, to gather information on the Britons, although some merchants informed the Britons of Caesar’s intentions. Two legions and eighty transport ships 🚢 arrived, and the process of Roman disembarkation was in effect. Let’s see how this plays out.

Disembarkation was the hardest difficulty, for the following reasons, specifically, due to our ships, based off of their massive size, could be located only in deep water; and our soldiers, in geography incomprehensible to them, with their hands not free, oppressed with a great and grievous weight of armor, had at the simultaneously to jump from the ships, stand within the waves, and confront the enemy; while they, either on dry land or proceeding hardly any into the water, liberated in all their limbs in locations deeply recognized to them, could emphatically hurl their missiles and spur on their horses, which were customary to this kind of practice. 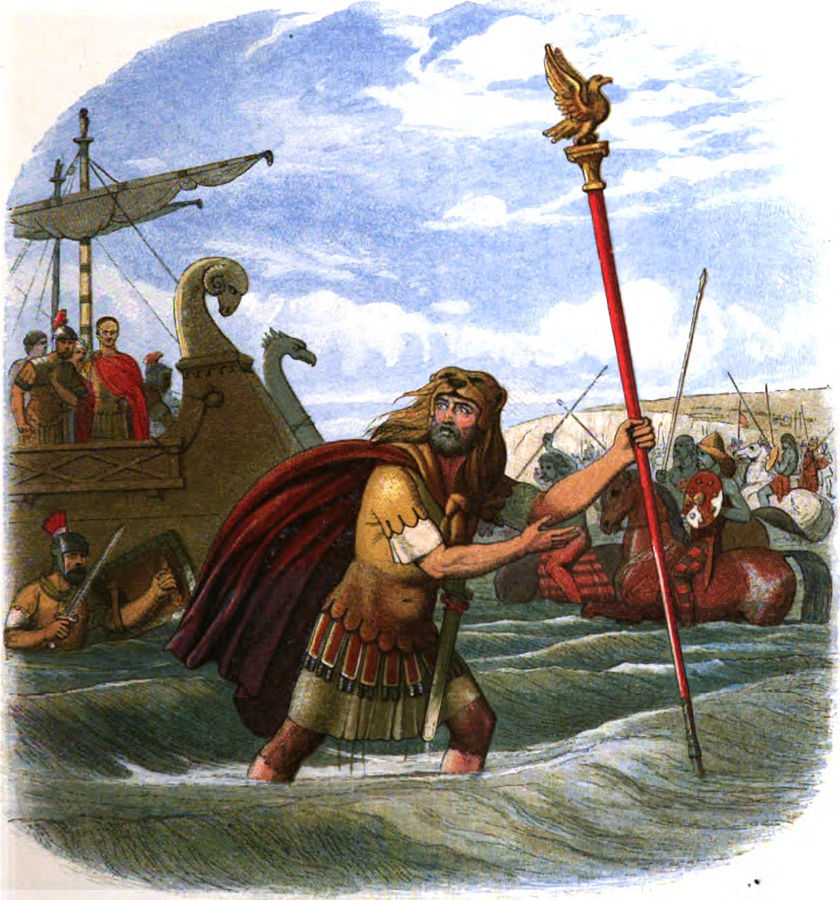 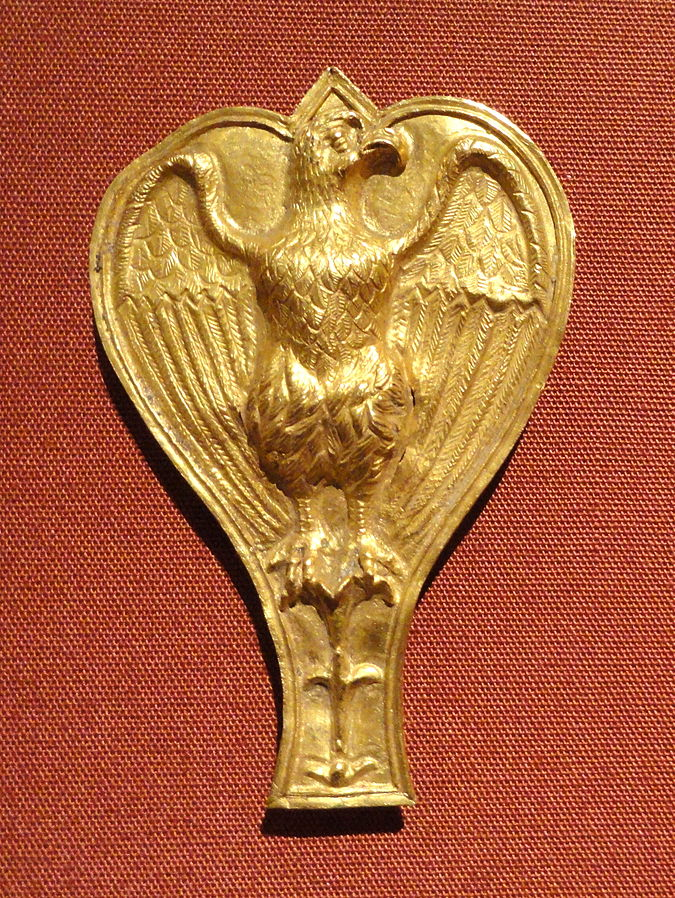 Ornament of the eagle-bearer or aquilifer. Image Courtesy of Daderot