A quick pep talk before we start

You've been (likely) prepping for months for this exam! 🤓 One three hour test can never measure everything you've learned from studying Latin for a full year. So please, don't let your AP scores define you!

Now that we've gotten that out of the way, let's focus a bit more on the actual exam.

The AP Latin exam (just like almost every other exam) consists of 2 sections, the first one being Multiple Choice Questions, and the second being Free Response Questions.

In Section 1, you will have 1 hour to answer 50 MCQs, whereas in Section 2, you will have 2 hours to answer 5 FRQs, including the "Long Essay Question." Each section is weighted at 50% of your exam score, so it's important to prepare for both sections! 📚 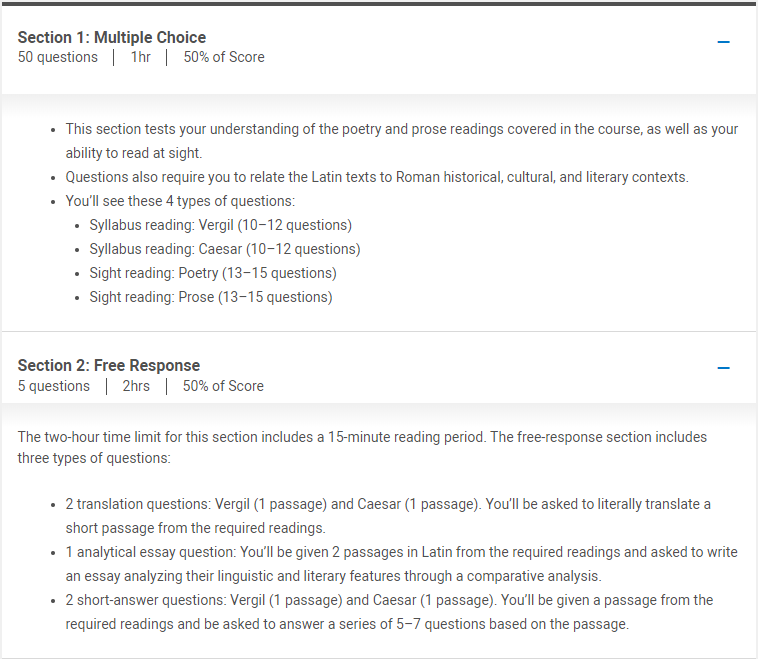 Source: The College Board's AP Latin "About the Exam."

This section mostly consists of single passages, followed by sets of questions asking about various sections of the passage, such as literary devices 📝, translations in context, and scansion.

Strategies For the Multiple Choice Section 💪

Questions 1-5 refer to the following passage below: 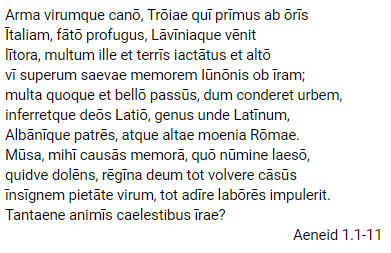 This section consists of:

Since the Short Answer Questions are almost exactly the same as the MCQs, strategies for those also apply here.

Strategies for the Translation Questions 🤨

These can be tough. After answering 50 MCQs, the first 2 questions you're faced with on the FRQ section are these two. However, there are a few tricks to make these questions a bit less daunting.

The LEQ is by far the hardest question on the exam. But don't worry! It's definitely not as hard as it looks, and it's certainly not impossible. That being said, here are some strategies to break this essay down.

1. Translate the passage above as literally as possible.

2. Translate the passage above as literally as possible.

Questions 3-7 refer to the passage below.

4. According to line 53, what is ONE and ONLY ONE quality of the spear after it hits the horse?

7. Who else warns the Trojans against the horse, but is ignored by the crowd?

3. Laocoon 4. It trembles/the sound reverberates throughout the horse 5. If the gods' fate OR if the fate of the gods 6. Ablative Absolute 7. Cassandra