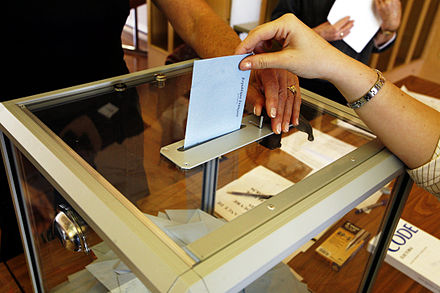 ⛔STOP!⛔ Before you look at the answers make sure you gave this practice quiz a try so you can assess your understanding of the concepts covered in unit 4. Click here for the practice questions: AP Comp Gov Unit 4 Multiple Choice Questions.
Facts about the test: The AP Comp Gov exam has 55 multiple choice questions and you will be given 60 minutes to complete the section. That means it should take you around 15 minutes to complete 15 questions.

1. Which of the following is true about Iran's political party system?

2. Which countries have a degree of competition within multiparty systems?

3. Which of the following is an implication for competitiveness of the electoral process in Nigeria and Iran?

A. Iran's Guardian Council which encourages free and fair elections, and Nigeria's pattern of the incumbent winning.
B. Nigeria's independent electoral commission, and Iran's limits on who can run for office.
C. Both countries ban women from running in elections.
D. Nigeria's quotas for minority groups, while Iran reserves no seats for specific groups.
Answer: In 1998, the Nigerian government established an independent electoral commission to encourage competitiveness in elections. Iran's Guardian Council vets candidates that run for office, therefore limiting competition
📄 Study AP Comp Gov, Unit 4.2: Objectives of Election Rules

4. How are legislative members chosen in China?

A. The National People's Congress indirectly selects members through local elections.
B. The National People's Congress vets candidates that run for office to reduce competition.
C. Members are directly elected in single-member districts by plurality.
D. Members are appointed by regional governors.
Answer: The NPC members are chosen indirectly through a representative hierarchy system. Delegates are elected in local villages and go through a series of tiers until they are elected in the NPC.
📄 Study AP Comp Gov, Unit 4.1: Electoral Systems and Rules

5. What is NOT an advantage of a proportional representation electoral system?

6. In which two focus countries do runoff elections occur if the presidential candidate does not win an absolute majority?

A. Russia and Nigeria
B. Russia and Iran
C. Iran and Mexico
D. Nigeria and Mexico
Answer: In Iran and Russia, presidential candidates MUST win an absolute majority of the popular vote in either the 1st or 2nd round of voting. A runoff occurs if there is no winner in the 1st round.
📄 Study AP Comp Gov, Unit 4.2: Objectives of Election Rules

7. Which of the following is NOT an example of Mexico's transition away from a one-party dominant state?

A. Eliminating el dedazo, the process of the incumbent pointing to their successor
B. Establishing the National Electoral Institute
C. Banning the PRI Party from nominating candidates in the presidential elections
D. Privatizing state-owned corporations to decrease patronage
Answer: The PRI was not banned from Mexico's legislature and may still run candidates.
📄 Study AP Comp Gov, Unit 4.3: Political Party Systems

8. Which of these countries has had a dominant-party system since 2000?

A. Nigeria
B. The United Kingdom
C. Iran
D. Russia
Answer: Russia’s United Russia has been a dominant-party in the twenty-first century, as it has won successive elections by large margins and has regulated elections and political participation in order to maintain its position.
📄 Study AP Comp Gov, Unit 4.3: Political Party Systems

9. Which of the following accurately compares social movements?

10. Which of the following best describes pluralist systems?

11. Which of the following states have transitioned from a corporatist to pluralist system?

12. Which of the following is a consequence of one-party rule in China?

A. CCP has made concessions to social movement demands.
B. Corporations have fought against regulations imposed by the CCP.
C. Minor parties have limited influence on policy making in China.
D. Minor parties have formed groups to challenge the CCP's dominance.
Answer: The CCP does allow for minor parties to fill minor political offices but limits their overall policy-making power.
📄 Study AP Comp Gov, Unit 4.4: Role of Political Party Systems

13. Which of the following best explains why the Chinese government allows some political protests?

A. To act as a release valve for the public
B. To open political discourse
C. To spread political information
D. To promote democratization among citizens
Answer: The CCP will approve protests for issues like environmentalism and pollution to give citizens an outlet for dissent.
📄 Study AP Comp Gov, Unit 4.5: Impact of Social Movements and Interest Groups

14. In which type of system does the government control policy making through state-sanctioned groups?

A. Pluralist systems
B. Corporatist systems
C. Democratic systems
D. Authoritarian systems
Answer: Corporatist systems rely on state-sanctioned groups to represent the public in sectors such as labor, business, and the agricultural. This allows them to control policy making and prevents a large civil society.
📄 Study AP Comp Gov, Unit 4.6: Pluralist and Corporatist Interests in Government

15. For most of its history, the Institutional Revolutionary Party (PRI) in Mexico has been