The Hardy-Weinberg Equilibrium is a model in which allele frequencies will not change if these five conditions exist:

Of course, each of these five things are impossible for a natural situation. A population will never be infinite, and mutation is not something that can be controlled! That’s why this simply acts as a model to calculate genotypic ratios under these assumptions (which, of course, are false).

The calculated ratios under this control population can serve as a null hypothesis for evolution. The allele frequencies in a population are calculated from the genotypic ratios. Here’s how:

The frequency of the recessive genotype will be equal to q2. Therefore, q can be found by taking the square root of that number. Then, subtract this number from 1 to find p, or the frequency of the dominant phenotype in a population.

Once the variable p is found, it can be put into the first equation to find the genotypic ratios of a population.

For example, if there is a population of 100 birds, 84 of them have white feathers and 16 of them have grey feathers. Here’s how we would solve: 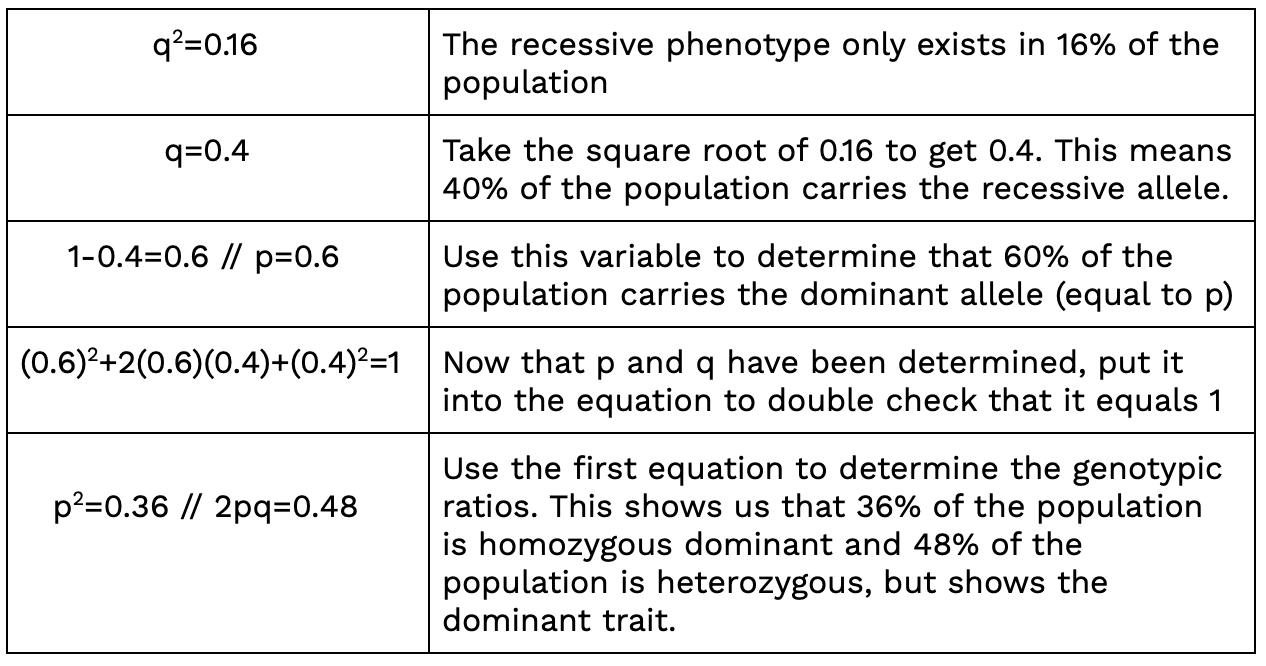