As described before, chromosomes are inherited from both parents following the rules of genetics. There is an equal chance that either version of a gene may be inherited in offspring due to the law of Independent Assortment. Random fertilization allows for even more variation in that it is simply by chance that a certain egg and a certain sperm combine to form a zygote.

Crossing over in the first stages of meiosis leads to a number of different chromosomal combinations that increase the amount of variety in a population.

All of these components lead to the immense amount of diversity that we see on our planet. There will never be another you, because there is no chance that the genetic combination that created you will be created again.

Punnett squares allow us to determine the specific probability that two parents will create offspring with certain phenotypes. These are frequently used to determine probabilities, but only work for traits that have a simple inheritance pattern.

The ability of a parent to pass on genes to their offspring is fundamental to life. It creates the process of natural selection, as some individuals are able to survive and pass on their genes more frequently than others. 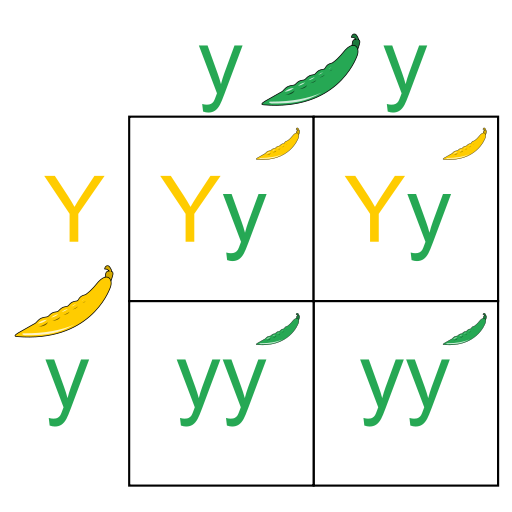