1.1 Structure of Water and Hydrogen Bonding

Example: Lipids are hydrophobic because they have relatively nonpolar bonds while water is polar. Water is the most common molecule in living organisms.

Cohesion is the attraction of water molecules. Strong cohesive forces are present because they form hydrogen bonds with each other.

Example: Cohesion due to hydrogen bonding contributes to the transport of water and nutrients against gravity in plants. Transpiration is the loss of water from a plant in the form of water vapor. 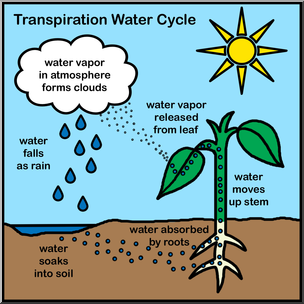 Adhesion - One substance is attracted to another. Water adheres to other molecules. Example: water on glass.

Specific Heat - The amount of heat energy it takes to raise or lower the temperature of one gram of a substance 1 degree Celsius. Water has a high specific heat, so it can absorb or release a large amount of heat with only a slight change in its own temperature so large bodies of water take a while to evaporate.

Evaporative Cooling - Water has a high heat of vaporization, so the water can absorb a lot of heat and leave the surface cooler. Example: perspiration/sweat.